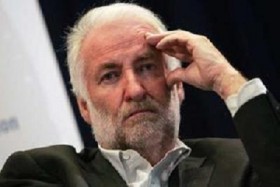 The former chairman and chief executive of the oil company which was taken over by Total in 2000 was arrested on Saturday under an international warrant and was due to appear before a judge in Lome on Monday over alleged large-scale fraud.

Le Floch-Prigent’s arrest, coming after he has twice been sentenced to prison for his part in a $350 million fraud at Elf, was made after a Middle Eastern businessman alleged he had been defrauded of $48 million.

News wire AFP quoted le Floch-Prigent’s lawyer, Patrick Klugman, as saying: “(This is) an abduction and in no way an extradition, because my client was arrested and handed over to the Togolese authorities without the intervention of any judicial authority.” Klugman later retracted the kidnapping claim, however.

“My client is the object of an internal Togolese political affair and I am not convinced that he is really being held over an embezzlement probe,” he continued.

Ivorian prosecutor Noel Dje told AFP: “No court decision was made and no magistrate was involved in the transfer, which took place as part of a police-to-police procedure, following the rules of Interpol.”

Le Floch-Prigent was twice sentenced over his role in an embezzlement scam, once for five years and once for 30 months.

In November 2003 a Paris criminal court sentenced him and his former right-hand man Alfred Sirven, said to have been in charge of Elf’s main slush fund, to five years’ jail each. Andre Tarallo, Elf’s expert on Africa, was jailed for four years.

Thirteen out of 37 defendants received jail sentences and were ordered to pay fines worth more than $20 million.

Elf officials were found to have bribed politicians, interfered in elections and lured governments into ruinous oil-backed loans in an attempt to protect the company’s market share.

With the total size of the embezzlement put at $350 million, the three former executives were also ordered to pay tens of millions of dollars in civil damages to Elf Aquitaine.

Sirven, aged 76, amassed over the years about EUR 173 million of illegal funds. The trial put associates of President Jacques Chirac and his late rival and predecessor Francois Mitterrand in the dock and heard how Elf became the unofficial arm of French diplomacy in Africa.