…Company files criminal complaints against him with Dutch authorities 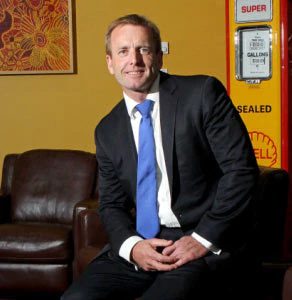 OML 42, located in the Niger Delta, was sold by Shell in 2011. It produces about 100,000 barrels of oil per day, according to Neconde Energy Ltd, now the operator of the block.

Bloomberg reports that the deal came into focus after prosecutors in Milan alleged that in the same year Shell and Italian oil company Eni SpA paid more than $1 billion for OPL 245, knowing that much of the money would go to pay bribes to Nigerian officials.

Several former executives of the company, including Robinson, are already facing criminal trial in Milan, Italy over an alleged bribery scheme related to the separate purchase of a Nigerian oil block called OPL 245.

Although Shell denied any wrongdoing in that case, while investigating those charges, it began to suspect that accounts in Switzerland and a company in the Seychelles in Robinson’s name were used to take kickbacks from the sale of another block called OML 42, said a person with direct knowledge of the matter, who asked not to be identified because the information isn’t public.

“Based on what we know now from an internal investigation, we suspect a crime may have been committed by our former employee,” Shell said in an emailed statement. “We were stunned and disappointed when we learned about this.”

Robinson worked in Nigeria for Shell from 2008 to 2011 as vice president for commercial in the sub-Saharan Africa region, part of a more-than-30-year tenure with the company. His lawyer in the Milan case, Chiara Padovani, wasn’t immediately able to respond to a request for comment. She said last week that her client denies accusations of corruption made by Italian prosecutors.

The criminal referral against Robinson was filed last week, said the person with direct knowledge of the matter.

“It appears he acted alone and took strong measures to avoid detection within Shell by failing to report companies and accounts registered in his name that fell outside the company’s protocols on eliminating conflicts of interest, the person said. Some of the emails Shell is scrutinising are encrypted”, the person said.

Prosecutors in Milan, as part of their investigations into whether part of Shell and Eni’s payment to the Nigerian government for OPL 245 was funneled to other individuals, have been looking at links between Robinson and a Seychelles-based company called Energy Venture Partners Ltd., court documents show.

A bank account linked to Robinson was frozen by the Attorney-General in Switzerland after requests for legal assistance from the Dutch and Italian authorities, people familiar with the matter said last week. Several hundred million Swiss francs were in the account, the Tages-Anzeiger newspaper reported, citing people it didn’t name.

Shell’s own investigation has so far concluded those accounts weren’t linked to the OPL 245 transaction, but instead may have been used for kickbacks from the sale of OML 42, the person said.

“On OPL 245, we continue to believe, from our review of the prosecutor of Milan’s file and all of the information and facts currently available to us, there is no case to convict Shell or its former employees,” Shell said by email.