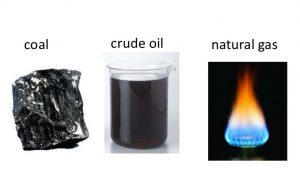 *A study has found that 60 percent of international public finance in African energy goes to fossil fuels, compared to just 18 percent to cleaner alternatives. Are wealthy countries offshoring emissions?

08 September 2018, Sweetcrude, Lagos — Plants burning coal, oil and gas have powered rapid economic growth in Europe, North America and the strong Asian economies for decades. At the same time, many people in less wealthy parts of the world still suffer from energy poverty, while being increasingly exposed to extreme weather that’s becoming more frequent, and more intense, because of climate change.

“More than half a billion people in Africa have no electricity, no switch for your lights, no charging for your mobile phones, nowhere to keep your food cool,” Alison Doig, head of global policy at Christian Aid, told DW.

“It’s an absolute scandal. But on the other hand, you have an African continent which is already seeing the ravages of climate change.”

With the notable exception of the United States, all countries have committed to reducing their emissions in order to keep global warming in check. To do so requires developed economies to undergo a radical transition to run on green energy sources. So you might expect them to be keen for the rest of the world to chart a cleaner path of development.

Yet an analysis by Oil Change International (OCI) published in July found that from 2014 to 2016, 60 percent of public finance for energy in Africa went to fossil fuels. And clean energy? Just 18 percent, with the remainder going to “other” projects including renewables that have a dubious social or environmental impact, like large hydropower and biomass.

Saying one thing, doing another
Germany, once famous for talking the talk at international climate conferences as well as its huge national drive to build up renewable power production at home, was the biggest European bilateral funder of African energy projects over this period.

But the report found that it sunk more than four times as much money into fossil fuels as what OCI classifies as “clean technology” — basically, solar, wind and geothermal energy, plus policy-support aimed at expanding the use of renewables.

German development bank KfW declined to speak to DW, saying it couldn’t comment on the figures because it was “unclear to us how the data was collected,” but added in an email that, “KfW supports the transformation process in the economy aiming at using gas or, in particular, renewable energy sources for energy generation.”

The report says more than two-thirds of Germany’s investment over the period cited in the report went to the Beni Suef gas-fired power plants being built by the German company Siemens in Egypt. Some of the funds came from KfW subsidiary KfW-IPEX, although KfW disputes this funding counts as public finance.

Anna Pegels, a researcher at the German Development Institute (DIE) think tank, argues that gas, which is cleaner and more flexible than coal, could complement fluctuating renewable energy in a less carbon-heavy fuel mix. But she says globally, efforts to give up dirty fuels are still falling short.

“To be frank, I doubt that any country in the world is really set on ending fossil fuels,” Pegels told DW, pointing to the lack of public outcry when Germany recently admitted it would fail to meet its 2020 climate targets.

“We have the wrong priorities to really take the action that will be needed and if we’re not doing it at home why would we do it elsewhere?”

And the picture isn’t much greener for multilateral investment. According to the report, more than half the World Bank Group’s investments over this period went to fossil fuels, compared to around one dollar in six to clean energy.

No one at the World Bank was available for an interview but a spokesperson for the organization said in an email that, it had “concerns about the methodology used by Oil Change International.”

“For the three years in question, fossil-fuel financing made up 28 percent of total World Bank energy financing in the region — mostly due to three to four large, ongoing projects,” the bank added.

Locking in fossil-fuel dependence
Turnbull argues that while some multilateral institutions “quibble with some of the numbers in the report … if you look at the bigger picture the analysis is quite clear and there’s no disputing that fossil fuels are garnering far more public finance than is appropriate.”

Turnbull points out that the European Investment Bank, which is in particular, stands out for being funded by countries that position themselves as climate progressives. “It’s a really important question as to why are countries saying one thing about their commitment to climate change and then, on the other hand, financing the very fossil fuels that are fueling the crisis,” he said.

And the problem is, the more fossil-fuel infrastructure is put in place, the more entrenched dirty, outdated energy production becomes.

Still, there are signs of change. At the end of last year, the World Bank announced that after 2019 it would no longer invest in oil and gas extraction. And, while the OCI report suggests climate crusaders Germany and China are still far too focused on fossil fuels, other countries performed somewhat better.

Africa’s responsibility?
France has made climate change the main focus of its investment in Africa, and around half of its energy financing went into clean projects, as did a similar proportion of Japan’s — despite the latter coming under fire for not doing to enough to cut emissions at home.

But with drought and flooding already happening more frequently than Africa can cope with, the change needs to come a lot faster. And if the international community isn’t going to act responsibly, African nations and businesses must resist the lure of development built on outdated fuels.

“These are individuals, institutions and countries which have self-determination and should be exercising a greater degree of informed decision-making due to the fact that we are the most impacted by climate change,” Khambule said. “We should be the ones holding our governments accountable to that kind of approach.”