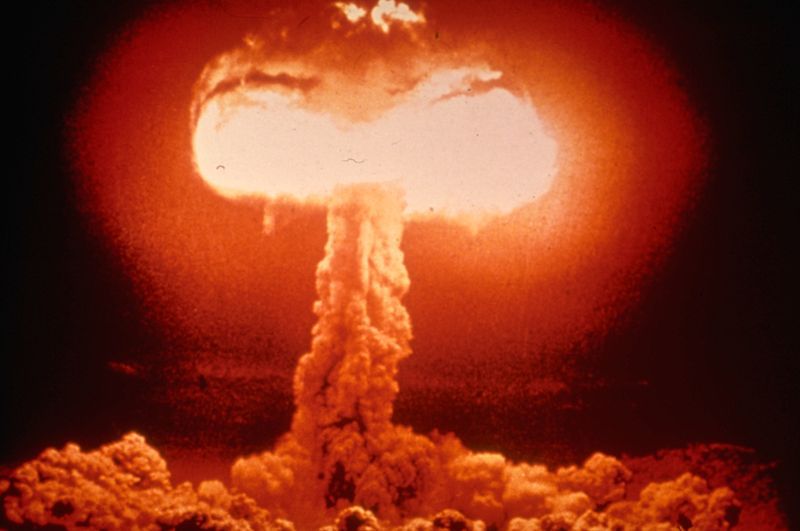 15 February 2019, Sweetcrude, Algiers — Participants in a conference organized Wednesday in Algiers called upon the French authorities to assume their responsibility in the “gathering of waste resulted from the nuclear tests they conducted in the Algerian Sahara desert during the 1960s”.

The conference was organized by the El-Moudjahid daily forum, in coordination with the “Machaâl Echahid” Association, on the occasion of the 59th anniversary of the French nuclear tests in Algeria.

Head of the Association of 13 February 1960, El-Hamel Bounaama called for the “immediate and serious treatment of the waste resulting from these nuclear tests,” adding that this “responsibility falls on France’s shoulders which still keeps the maps of these tests” he dubbed a “human continuing tragedy.”

Historian Zeghidi Mohamed Lahcene lectured the conference about the French tests which are according to him the “most important tests the world has ever experienced.”

He stressed the need for exploiting the outcomes of medical and psychological researches carried out at universities, in order to ensure proper support to all the populations affected by those explosions.”

As for her, lawyer Fatma Zohra Benbraham said that these tests are “crimes against mankind, which remain imprescriptible.”

She called for “making France accountable, through legal actions.”

She also called for cleaning up the regions that were the scene of these explosions, stressing the importance of coordination with the French authorities which must provide Algeria with data relating to this file which she described as “complex and central.”

The efforts of France, then occupying Algeria, to acquire nuclear technologies with military objectives enabled it to produce an atomic bomb in the late 1950s.

France decided, then, to make the Algerian Sahara desert and its population a field for these tests. The first explosion was carried out in the region of Reggane on February 13, 1960, with power ranging between 60,000 and 70,000 tonnes of T.N.T.

This bomb is five times more powerful than the one launched on Hiroshima, according to experts.