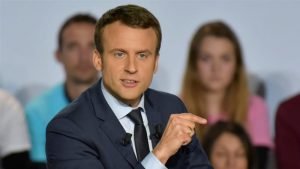 Paris — The French government on Thursday urged companies whose profits have surged during the inflation crisis to do more to help households cope as it faces pressure from lawmakers for a “supertax”.

Unlike other countries like Britain and Italy, France has so far refrained from imposing such a tax on firms like energy group TotalEnergies and shipping giant CMA CGM, instead leaning on them to voluntarily help customers cope.

With the government spending tens of billions of euros to help households, even some lawmakers from its own party have joined opposition parties in calling for a supertax to help foot the bill.

While TotalEnergies and CMA CGM have already offered customers discounts, Finance Minister Bruno Le Maire said it was not enough and left open the possibility of new tax in the 2023 budget if they did not go further.

“Should they do more? Yes, certainly. We will add it up in the 2023 budget bill,” Le Maire told Le Monde.

Government spokesman Olivier Veran told France Info radio on Thursday he hoped announcements on the matter could come up soon, possibly by the end of this week.

A handful of lawmakers from the government’s Renaissance party have proposed an amendment to a supplementary 2022 budget bill in parliament that would create a new tax on energy and shipping firms with revenue over 1 billion euros.

“It’s an amendment to remind big groups that if their efforts appear insufficient, then we can always have recourse to tax on profits,” Renaissance lawmaker Stephane Travert told Reuters.

High energy prices are driving energy companies profits to record levels with TotalEnergies’ net income set to reach nearly 32 billion euros, according to the average forecast in a Refinitiv poll of analysts’ expectations.

Meanwhile, high container shipping rates have boosted the bottomline of firms like Marseille-based CMA CGM, which is controlled by the Saade family.

CEO Rodolphe Saade told the French Senate on Wednesday that additional tax would only make the company less competitive against foreign rivals and that first the Finance Ministry should verify that discounts already offered were trickling down to consumers.