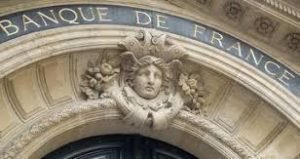 Paris — The French central bank said on Monday it would exit from coal and limit exposure to gas and oil in its investment portfolio by 2024 as part of a shift towards more environmentally friendly assets.

Many central banks have committed to green up their investment portfolios as part of a push to encourage the financial system to support a less environmentally damaging economy.

The Bank of France manages 22 billion euros ($26.6 billion) of its own portfolio investments separately from asset purchases related to its monetary policy operations.

It said it would also exclude by 2024 companies with more than 10% of revenue coming from oil or 50% from gas, which could potentially mean the central bank would have to shun group’s like French energy major Total .

Already from this year it said it would turn its back on companies that derive 10% of their revenues from shale oil or gas, tar sands or exploration in the Arctic or deep water.

As a shareholder, it would also from this year vote against new fossil fuel projects by the companies it invests in.

The Bank of France does not disclose in detail the asset allocation of its portfolios.