French nuclear production reduced by 3.1 GW due to heatwave – RTE 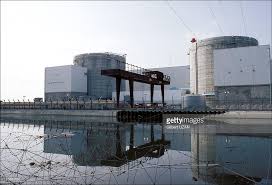 EDF, which operates the 58 nuclear reactors that cover around 75 percent of France’s electricity needs, extended outages at the 900 megawatt (MW) Bugey 2 and St. Alban 1 nuclear reactors until Aug. 11.

EDF said on Wednesday said that forecasts of high temperatures in the Rhone River could lead to the shutdown from Aug. 3 of four nuclear reactors which depend on its waters for cooling: Bugey 2 and 3, St Alban 1 and 2.

The utility discharges water it uses as coolant for the reactors into surrounding rivers and canals. The quantity and temperature of the water it discharges is regulated by law to protect plant and animal life, forcing EDF to cut output during prolonged hot weather when river temperatures rise.

Hot air from North Africa’s Sahara has caused the most severe heatwave in Europe since 2003.