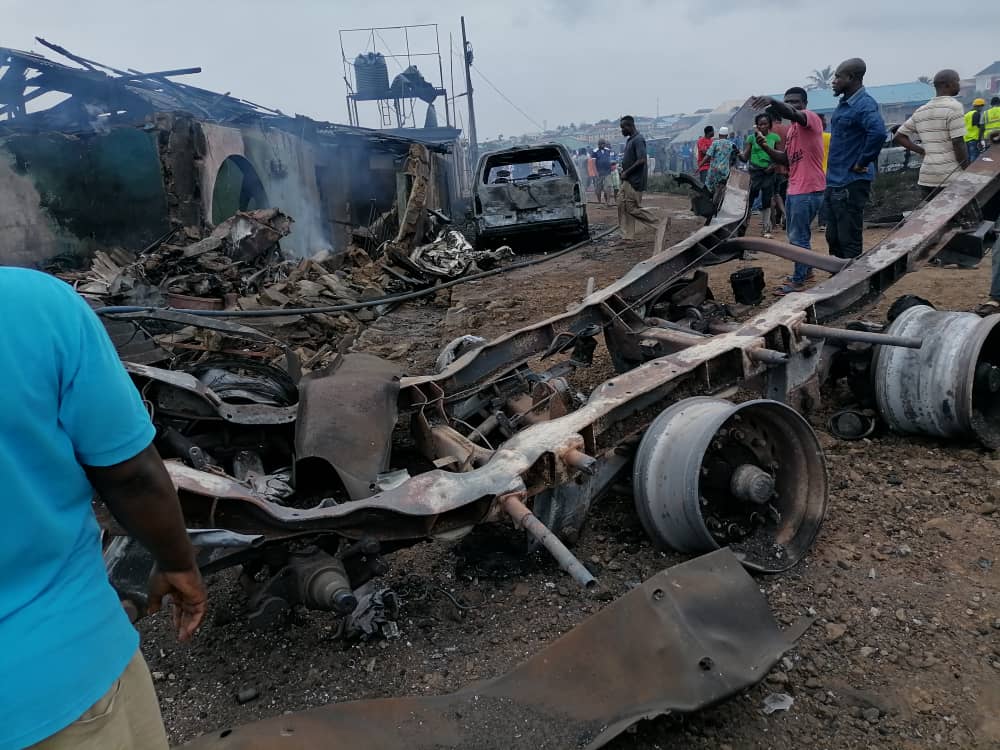 Lagos — A gas tanker explosion has occurred at the Ifako-Ijaye area of Lagos on Thursday, SweetcrudeReports has gathered.

At least 50 people sustained burn injuries, according to a monitored media report.

The Director-General of the Lagos State Emergency Management Agency (LASEMA), Dr. Olufemi Damilola Oke-Osanyintolu, while confirming the incident said efforts are being made to put out the resulting fire from the explosion

He said, “The Agency has activated its response plan to the fire incident at Cele Bus Stop, Ifako-Ijaye LGA and will provide further updates, Lagosians are kindly urged to exercise calm.’’ 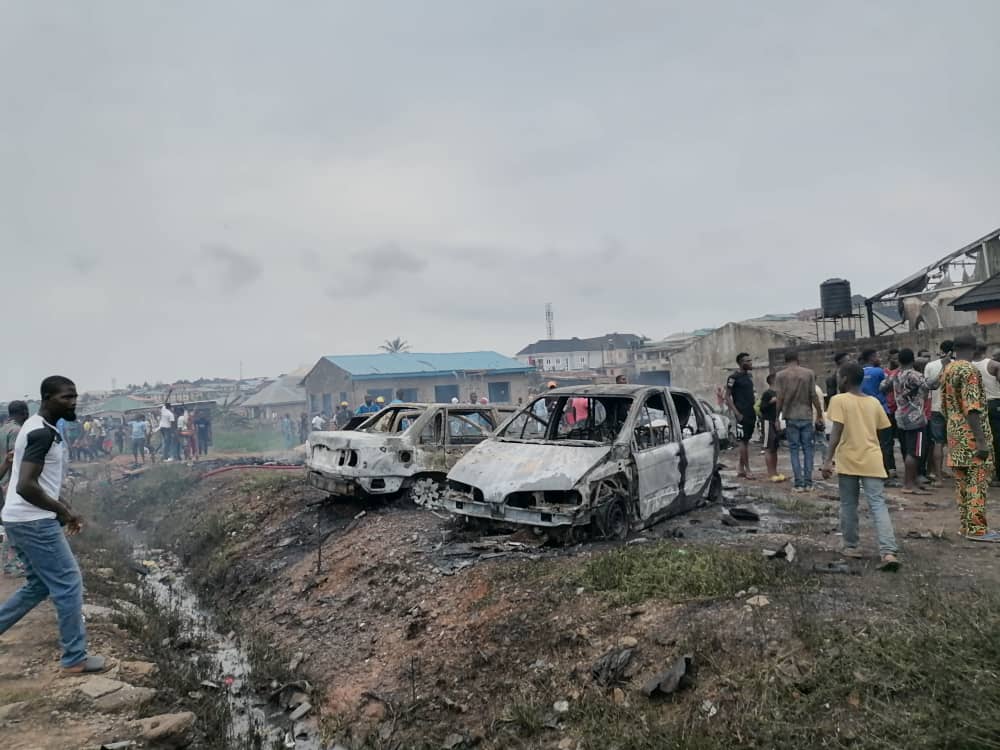 *Charred remains of vehicles affected by the explosion.

According to a statement from LASEMA, an unidentified truck conveying gasoline had a lone accident and exploded.

It said that the impact of the explosion led to a fire outbreak on adjoining buildings with several vehicles burnt.

It also pointed out that several persons were injured and have been taken to the nearest hospital for treatment.