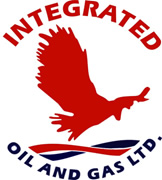 *MD, others arraigned for alleged bribery

It is a fresh travail for Integrated Oil and Gas Limited, recently sealed off and its chairman, Captain Emmanuel Iheanacho, and some other workers arrested by the Nigerian Maritime Administration and Satety Agency, NIMASA, for alleged involvement in petroleum products theft.

Three members of the Presidential Committee on Fuel Subsidy Verification – Alalade Abioye, Buhari Ganiyu and Oni Oluwasola – were charged alongside the oil company and its workers.

The defendants were alleged to have, on August, 30 2012, at Integrated Oil
And Gas Ltd, 190 Marine Road, Apapa, Lagos, in the Lagos Magistrate District, conspired with others (now at large) and offered N1.5 million to members of the Presidential Committee for the performance of their duties, an offence punishable under Section 63(1)(a)(b) of the Criminal Law of Lagos State of Nigeria, 2011.

When the charge was read to the defendants, they all pleaded not guilty and were granted bail by Magistrate Matins Owumi in the sum of N500,000 with two sureties in like sum.