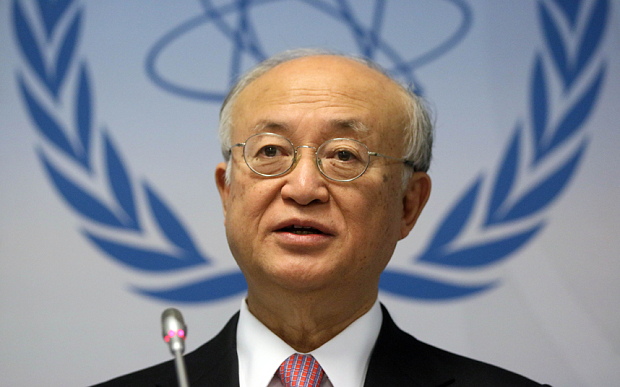 Vienna — The two front-runners in the race to become the U.N. nuclear watchdog’s chief are running neck and neck, a secret ballot of the International Atomic Energy Agency’s 35-nation Board of Governors on Thursday showed.

Of the four candidates to succeed Japan’s Yukiya Amano, who died in office in July, Argentina’s ambassador to the IAEA Rafael Grossi and Amano’s former right-hand man, Cornel Feruta of Romania, came far ahead of their other rivals, the IAEA said.

Grossi, a veteran of nuclear diplomacy who is widely believed to have secured the United States’ support, received the most votes in the so-called “straw poll” aimed at whittling down the field, with 15 countries backing him.

Feruta, who has taken over as acting director general and has depicted himself as the candidate of continuity, secured 14 votes.

The Swedish chairwoman of the board has said she hopes the winner will be picked this month by consensus, but in effect the successful candidate must secure the support of two-thirds of the board, or 24 countries, as 12 votes is a blocking minority.

Slovakia’s candidate, Marta Ziakova, who heads her country’s nuclear regulator, secured no votes and will most likely be encouraged to pull out of the race, diplomats said, adding that two countries abstained.

Another straw poll is expected to be held next week.