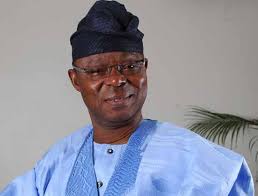 Otudeko said this at the just concluded 6th edition of the Tokyo International Conference on African Development (TICAD), held from 26th to 28th August in Nairobi, Kenya.

The summit had in attendance over 30 African Heads of State, including President Muhammadu Buhari, GCFR of Nigeria, and the Japanese Prime Minister, Shinzo Abe.

Addressing the Dialogue with the Private Sector session of the summit, Oba Otudeko encouraged foreign investors and friends of Africa to keep their business plans for Africa alive, saying the 1 billion strong African population is a major compelling reason to invest in Africa.

Speaking on the present economic situation in Africa, Otudeko said, “Africa has particularly suffered from subdued commodity prices; and as a Nigerian, I can tell you that these are interesting times for both government and businesses.” But he went on to reassure the audience saying such trying times will definitely pass because African countries will use this period to deepen and diversify our economies.”

“I believe that with the right efforts, we can actualize our vision”, he further said.

Otudeko maintained that “Africa remains open for business and indigenous African companies are open to partnerships and collaborations that will create new ventures and, in turn, growth opportunities for our dear continent.”

The main objectives of TICAD are: (1) to promote high-level policy dialogue between African leaders and their partners; and (2) to mobilize support for African-owned development initiatives.