Doha, Qatar – Yury Sentyurin, the Secretary General of the Gas Exporting Countries Forum, GECF, has reaffirmed the group’s commitment to greater international cooperation in ensuring the resilience of energy systems and affordable and secure energy for all.

He made the call following a two-day deliberation among the G20 Energy Ministerial Meeting while also acknowledging the unprecedented impact that the Covid-19 pandemic has had on energy markets and paved the ways for the sector’s recovery efforts. 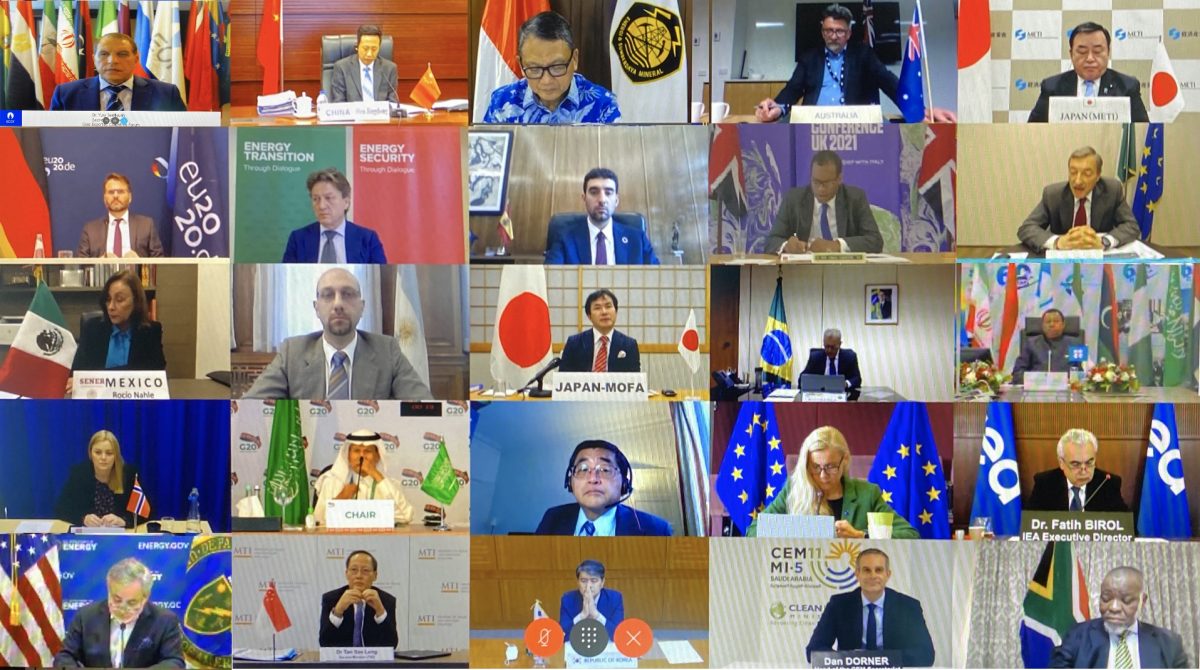 The G20 Meeting assumed vital importance against the backdrop of a global pandemic and was devoted to the energy market stability amidst low oil and gas prices and lacklustre demand.

The final Communiqué crystallised the resolve of the G20 countries to utilise the widest variety of technologies and fuels to ensure a stable and uninterrupted supply of energy for economic growth. It is not a coincidence that, as per decision of the G20 Members, the GECF has become a part of the dialogue and was directly referred to in the final Communiqué.

It noted that in order to enhance energy security, “the role of open, flexible, transparent, competitive, stable and reliable energy markets, as well as stable, predictable, necessary, fair, and non-discriminatory, regulatory frameworks in promoting market stability and investments”. On this note, the GECF, alongside the IEA, IEF, IRENA, OPEC, and other peers, was invited to further consider this matter in their respective work programmes.

In the context of circular carbon economy for cleaner and more sustainable energy systems, the Communiqué highlights the crucial role of the GECF and other relevant international organisations in promoting public and private investments, innovative public as well as private financing, policy enablers, and cross-sector collaborations.

These steps are largely in line with the previous G20 announcements, including the 2020 Statement of the G20 Extraordinary Energy Ministers Meeting, 2019 Communiqué of G20 Ministerial Meeting on Energy Transitions and Global Environment for Sustainable Growth in Japan and the 2018 Communiqué in Argentina.

This ethos is also echoed by the GECF – a coalition of 20 of the major natural gas exporting countries – and reflected in its guiding documents at the highest political level of the Heads of State and Government, in particular in the 2019 Malabo Declaration, which was the outcome of the 5th GECF Summit.

To raise the voice of natural gas industry, the GECF called on the group of 20 major industrialised and emerging economies, many of whom are consumers of the GECF commodity, to renew their faith in cooperation and multilateralism to bring about prosperity for all.

The Statement of the GECF, prepared within the framework of the G20 Energy Ministerial Meeting, stressed:
“In challenging times, the GECF is determined to strengthen cooperation with G20 and underpin global energy security as reliable supplier of natural gas to meet the growing energy demand globally.

The Forum fully supports G20 commitments towards clean and environmentally friendly energy sources, to promote economic development with a smaller carbon footprint. We are confident that the issues of both environmental protection and climate change should remain at the focus of joint efforts.

The GECF supported the policy developments being undertaken by Energy Sustainability Working Group Meeting (ESWG) in 2020 under Saudi Arabia Presidency, on the circular carbon economy, which is a closed-loop system geared at establishing a balance of the carbon cycle.

We see this framework as a primary initiative on reducing, reusing and removing greenhouse gases. This initiative is an excellent example of technology exchange and international cooperation, for the benefit of energy security and access for the whole global economy.

The Forum joins a growing international consensus that the clean methane sourced of hydrogen based on CCUS technologies will play a significant role in the World’s transition to a sustainable energy future. The GECF also believes that natural gas will continue to contribute to G20’s clean cooking programme.”

Among all the hydrocarbon resources in the world, GECF highlighted that, only natural gas is expected to increase its share in the global energy mix from 23% currently to 28% in 2050 due to its clean attributes, which are fundamental to achieving the UN Sustainable Development Goals as well as the Paris Agreement. Natural gas also boasts the potential to expand its access significantly over the coming decades due to its abundance and flexibility, and is widely seen as the fuel to steward the transition to lower-emission energy systems.

The GECF has been participating in the G20 events for years as a way to deepen its cooperation with the platform. This year, it took part in the first G20 Energy Sustainability Working Group Meeting, under the Kingdom of Saudi Arabia’s Presidency of the G20, which has selected the unifying theme of “Realising Opportunities of the 21st Century for All”.