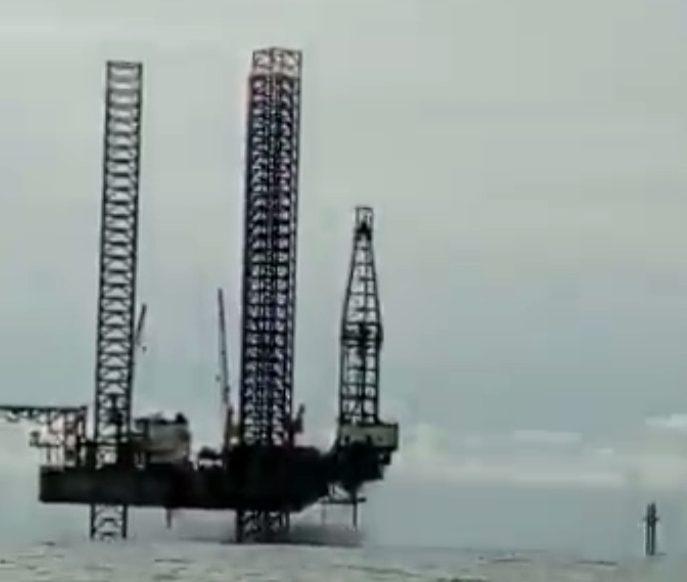 Although the indigenous oil company has evacuated its workers and contractors on the rig, the company has kept mum over the ugly incident more than four days after.

Our correspondent gathered that up till this moment, Conoil has not officially notified or reported the pollution to the National Oil Spills Detection and Response -the regulators, as required by law.

A Joint Verification Visit to the platform by officials of NOSDRA, Bayelsa State Ministry of Environment and Ministry of Mineral Resouces and members of the host communities, shows that massive gas was still spewing from the facility and no containment measures have been put in place.

The report signed by Head, Pollution Department, Bayelsa State Ministry of Environment, Engr. Enai Ruben, and five others members of the joint verification team pointed out that Conoil was yet to report the incident to the regulators; the leaks have not not stopped and there is no containment measures.

The team charged Bayelsa State Governor, Douye Diri, and the Director General of NOSDRA to prevail on Conoil Producing Nigeria Ltd to own up to its responsibility and do the needful.

The report reads in parts, “Up to the time of this report, Conoil Producing Nigeria Ltd has not officially reported the incident to any of the Government Regulatory Agencies nor have they shown any effort in containing the incident and to initiate a Joint investigation Visit.

“The following observations were made during the veriication exercise. The incident was reported to have occurred on Monday 1 November, 2021 at about 1am.

“A closer look at the point of incident showed that there is still a continuous release of gas from the affected facility into the environment.

“Rainbow-like sheens were seen on the water body around the incident point down to the shoreline.

“The drill rig is still positioned at the leak point.
No form of containment measure was in place as observed.

“It was observed that no crew member or Conoll personnel was seen within the incident area.

“Dead floating fishes were seen within the impacted area and also it was observed that fishing activities of locals have been hampered.

“The team was besieged by various strata’s of community representatives carrying placards to express their displeasure over Con Oil Producing Ng Ltd negligence in handling the current situation.

“The team observed that the direction of the wind is blowing onshore from the incident point towards the community.”

When contacted, the Spokesperson of the company, Mike Odunniyi, said he will get back to us, but never did.

Meanwhile, the Environmental Rights Action/Friendsnof the Earth Nigeria, has said that it was disturbing that there has been no reaction from Conoil since the incident, apart from evacuation of workers from the facility.

Project Officer and Head Niger Delta Resource Centre, ERA, Mr Alagoa Morris, called on the National Assembly to call Conoil to order, since the oil industry issues were in the exclusive list.

“There is no public statement, no visible signs at the facility Environment that anybody is taking steps to contain the situation and bring the continuing toxic gas leak to a stop.

“This is unacceptable, considering the fact that it is raw gas that is spewing into the marine ecosystem and atmosphere above and this is inimical to the environment in terms of the health of humans and aquatic lives.

“Every single hour and day that passes with this sailing polluting condition should attract heavy penalty from the facility owner to serve as deterrent.”