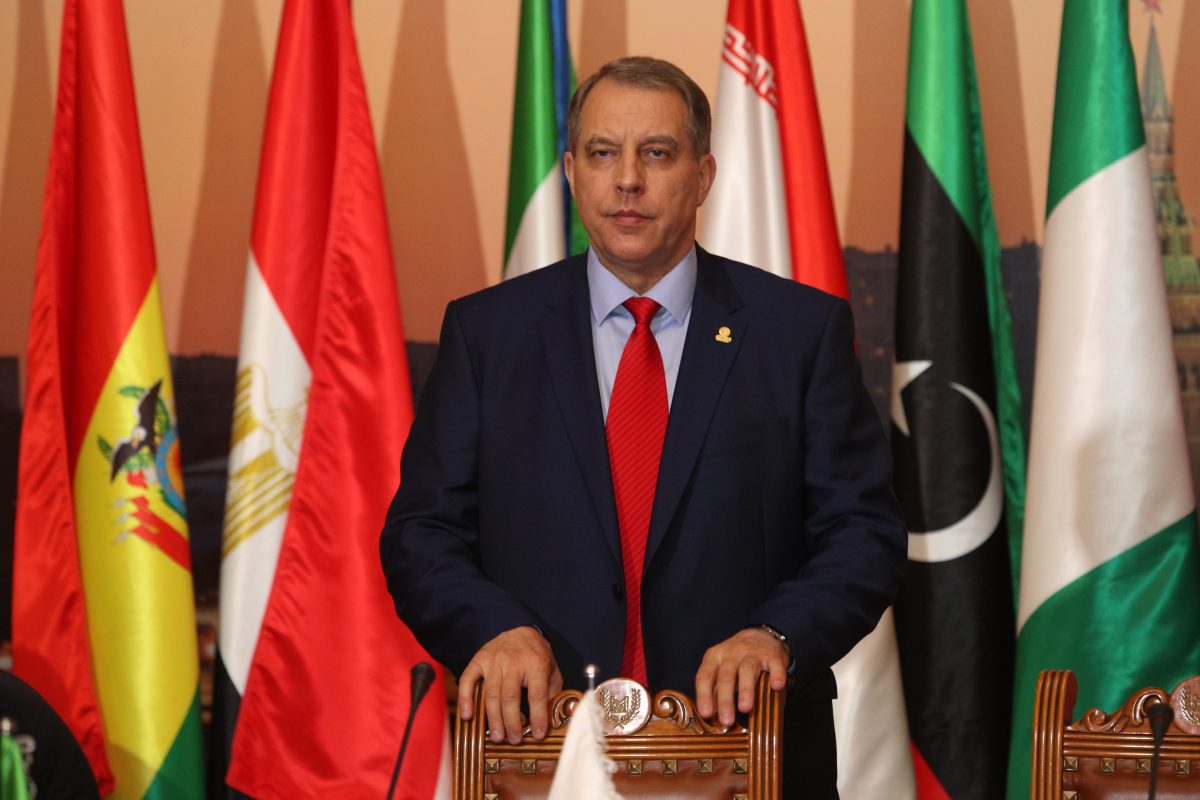 Doha, QATAR — The Secretary General of the Gas Exporting Countries Forum (GECF), Yury Sentyurin has been ranked third out of top 25 ‘Movers and Shakers to Watch’ in 2021 by the Africa Energy Chamber (AEC).

The AEC top 25 list, not confined to actors from the continent, identifies some of the greatest policymakers and business champions working to advance the energy sector in Africa. These leaders bring the experience, knowledge and expertise the region needs to stay on the cutting edge of oil and gas developments.

The list was released as a part of the AEC’s Africa Energy Outlook 2021, advancing GECF Secretary General a privilege to join such honourees as HE Muhammadu Buhari, President of Nigeria, HE João Lourenço, President of Angola, Energy Ministers of Saudi Arabia, Mozambique, Niger, South Africa, Uganda, along with CEOs of Total, Eni, BP, Lukoil, Siemens, and Nigeria National Petroleum Corporation to name a few.

The GECF Secretary General was selected for his advocacy on Africa’s natural gas potential. During his tenure in 2018, the Forum welcomed the Republic of Angola as a newly-joined member. In 2019, the Forum hosted the 5th GECF Summit of Heads of State and Government in Malabo, Equatorial Guinea – a first ever event in the African continent.

Summarising commitments and determinations of the leading natural gas producers and suppliers of the world at the 5th Summit, the Malabo Declaration, entitled ‘Natural Gas: Energy for Sustainable Development’ specifically highlights the need to promote the GECF cooperation with African countries to use gas as the core source of energy in their development programmes and climate change policies, with the aim to overcome energy poverty, enhance development and to mitigate CO2 emissions.

“This is an acknowledgment of the entire GECF community and I would like to share the recognition of the third out of top 25 influential energy voices on Africa with all of our Member Countries. I extend sincere appreciation to the Africa Energy Chamber, which is forging new ground in Africa’s energy sector with a clear focus,” said HE Secretary General Yury Sentyurin.

“Africa is a very important continent, I would say, it is the next booming region in the world and can be a game changer. The GECF counts six African countries as members, which account for more than 90% of the Africa’s proven gas reserves. The crucial role natural gas will play in reducing energy poverty in Africa was affirmed in the 2019 Malabo Declaration.”

The African continent has promising prospects for natural gas production. Projections from the latest available iteration of the GECF’s Global Gas Outlook 2050 show that Africa will witness the highest growth rate of natural gas among all regions of the world, at nearly 150% up to 2050. Countries such as Senegal and Mauritania in Africa stand on the precipice of the league of gas exporters in the short-term, while Mozambique and Tanzania are expected to become natural gas exporters in the long-term.

The GECF considers the AEC as a like-minded organisation that shares the Forum’s goals of positive development and natural gas increased utilisation in Africa for the benefit of its people. The cooperative relations established between the GECF and AEC are instrumental in achieving the ambitions for the region and allow to make further inroads in this important region on the natural gas map.

This is the second edition of the African Energy Chamber’s Top 25 ‘Movers and Shakers to Watch’ list, which forms part of the AEC’s African Energy Outlook series. The full list of honourees is available on energychamber.org.