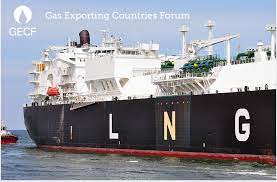 Frankfurt — Germany on Tuesday completed construction of its first floating terminal for liquefied natural gas (LNG) at the North Sea port of Wilhelmshaven as it scrambles to secure more LNG and move away from Russian pipeline gas.

A floating storage and regasification (FSRU) unit will be moored at a now expanded pier before the end of this year and enabled to regasify LNG arriving on special tankers, it said.

Environment minister Christian Meyer said he was pursuing a dual strategy with LNG used to meet short-term energy demand but the long-term focus would be expanding renewables in the wind-swept state, which will also employ an FSRU at the Stade river port.

The new port infrastructure will be equipped to switch to future imports of low-carbon energy sources such as hydrogen.

“Fossil gases must be replaced by climate-neutral gases as quickly as possible,” Meyer said.

Germany relied on Russia for nearly a third of its gas last year but Berlin, which aims to halt any remaining Russian flows by the summer of 2024, in May started fast-tracking FSRU applications and related ones for more permanent, onshore LNG reception terminals at some sites.

A spokesperson for the ministry led by Lies said the Esperanza was expected to arrive fully laden in mid-December and would be unloaded. From January onwards, more LNG tankers would arrive and the Esperanza will be moored to process their volumes.