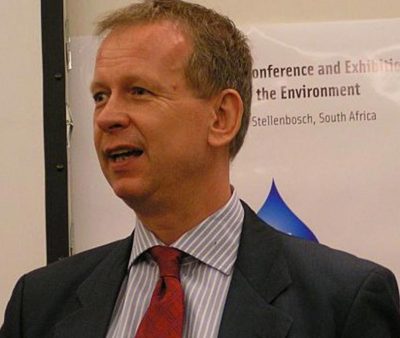 19 March 2018, Sweetcrude, Port Harcourt — The German Consul-General in Lagos, Ingo Herbert has announced that $30 million has been earmarked by the Nigerian-German Energy Partnership for the construction of a 10mega watts solar power project for the University of Calabar.

Herbert disclosed this during the ground-breaking ceremony for the commencement of an electricity project at the university campus in Calabar, Cross River State.

The Consulate General explained that the amount was to be spent for construction of the solar energy project in the University by the Nigeria-German partnership was to enable the school to resolve her power outage problem.

He charged the development and technical partners, Dantata Solar Energy Limited, to ensure to put in their best in the project execution so that the project could come to fruition.

Gaines explained that the project was not a Federal Government project but a project that was born out of the partnership, adding that parts of the $30 million for the project will be contributed from the money that the university spends on diesel.

“The project is going to provide enough power for the university community, the University of Calabar Teaching Hospital and the Cross River State University.

“The system we will build here will run at normal hours for 25-years, and it will continue. The system is designed for the university to pay for it, when they pay it off after seven years, they will begin to enjoy free electricity,” Gaines said.

For his part, the Vice Chancellor of the University of Calabar, Prof. Zana Akpagu, said the institution had no other choice than to key into the partnership given the stress that it had undergone just to ensure that there was electricity on the campus.

Akpagu explained that Unical procured on the average about three trucks of diesel at N30 million on a monthly basis outside the money paid as the bill for electricity consumption to the Port Harcourt Electricity Distribution Company, PHEDC.

“If you go round this university, you will discover that there are some bulbs that have no power supply. When once this project is completed, all the bulbs are going to have electricity supply with the aid of these solar panels.”