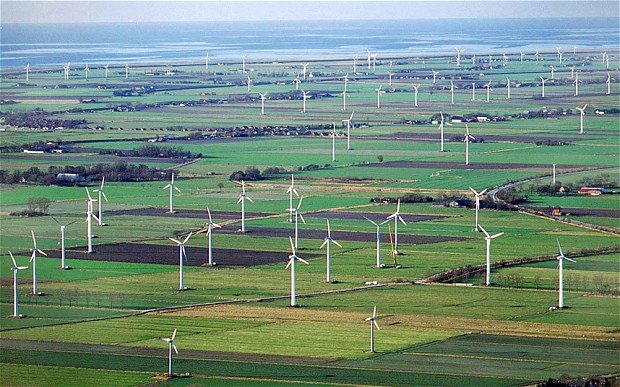 Lagos — The German onshore wind industry witnessed a massive year-on-year growth of 46% in terms of installation with the addition of 1,431 MW or 420 turbines in 2020. The country aims to get 65% of its power from wind, solar and other renewable energy sources by 2030 and subsequently emerge as carbon neutral by 2050.

However, to achieve the climate target, the country needs an average of 5 GW+ new onshore wind power permits each year from now until 2050, according to GlobalData, a leading data and analytics company.

Since the introduction of the Renewable Energy Sources Act (EEG) in 2000, the onshore wind industry in Germany has been struggling with federal and state governments’ restrictive distance regulation and witnessed historical lows in 2019, when the construction of more than 11 GW was put on hold on account of licensing issues.

Mohit Prasad, Project Manager at GlobalData, comments: “These were mainly around mandatory minimum distance from the residential areas and aviation infrastructure. This was coupled with the flawed auction mechanism. The flawed auction design and difficulties in obtaining licenses for turbine construction have discouraged investors, resulting in a lackluster performance of the auction mechanism.”

GlobalData reveals that, following the switch to competitive auctions in 2017, Germany reported fall in net annual installations from 2.2 GW in 2018 to an all-time low of around 900 MW in 2019.

Mr Prasad continues: “With a view to the election year 2021, the country might avoid a regulatory standstill. The EEG 2021, which provides a planning security of almost 4 GW of tender volume per year up to 2028, be the catalyst for the revival of onshore wind industry.”

With the last nuclear power plant to be shut down in 2022 and the coal power plants to be phased out by 2038, the country is aiming to achieve 65% of its power from renewable energy sources by 2030.

Mr Prasad concludes: “The target of 71 GW of onshore wind by 2030 and carbon neutrality by 2050 can be addressed by making amendments to the existing auction mechanism and project licensing for onshore wind projects.”