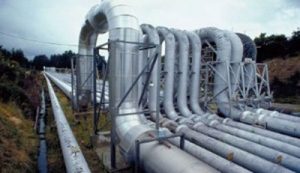 Moscow — Poland and Germany have suspended imports of Russian oil via a major pipeline, citing poor quality and triggering a rare crisis over supply from the world’s second-largest crude exporter.

Halting imports from the Druzhba pipeline could trigger legal claims by Western buyers against Russian suppliers, who would in turn seek compensation from Russian pipeline monopoly Transneft, three traders with Western buyers said.

The suspension cuts off a major supply route for Polish refineries owned by Poland’s PKN Orlen and Grupa Lotos, as well as plants in Germany owned by Total , Shell, Eni and Rosneft. Halting supplies of tainted oil, which can corrode refining units, has pushed some refiners to find other supplies. But alternative routes cannot fully fill the shortfall.

The quality issue helped drive oil prices above $75 a barrel for the first time this year on Thursday.

Russia said it planned to start pumping clean fuel to Europe through the pipeline on April 29.

Druzhba, meaning “friendship”, can ship up to 1 million barrels per day, or 1 percent of global crude demand. It supplies Poland and Germany via a northern spur and the Czech Republic, Hungary and Slovakia via a southern leg.

The total volume of Russian oil suspended over quality issues is about 700,000 bpd, according to trading sources and based on Reuters calculations.

Poland’s biggest refiner PKN Orlen said it would receive oil via sea to the Baltic port of Gdansk until supplies from Russia via pipeline resume. Apart from Russia, PKN imports oil from Saudi Arabia, Norway, Angola and Nigeria.

But traders said capacity of the pipeline from Gdansk was limited and could not fully compensate for the supply gap.

Typically refineries have enough crude oil in storage to keep operations for around three days.

Gambia signs oil exploration deal with BP for A1 block

“Schwedt and Leuna (refineries in Germany) will likely be forced to cut runs soon. We expect refineries to tap into their inventories (including those held under the SPR) to fulfil short-term commitments, but these stocks will need to be refilled at a later date,” consultancy Energy Aspects said.

The quality problem arose last week when an unknown Russian producer contaminated oil with high levels of organic chloride, which is used to boost oil output but must be separated before shipment as it can destroy refining equipment.