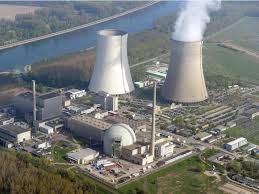 DuesselDorf — Germany will take another step towards completing its withdrawal from nuclear power when EnBW pulls the plug on the Philippsburg 2 power station on New Year’s Eve, leaving half a dozen plants still to close over the next two years.

The government decided to shut down the 17 reactors in operation at the time of Japan’s Fukushima nuclear disaster in 2011, when a tsunami flooded the coastal facility and knocked out its backup generators.

Fukushima, the worst nuclear disaster since a reactor blew up at Chernobyl in Soviet-era Ukraine in 1986, forced the evacuation of 154,000 people from surrounding areas contaminated with radiation.

“Every nuclear power station that is turned off is a success for the decades-long struggle against dangerous atomic energy,” said Olaf Brandt, head of the German Federation for the Environment and Nature Conservation (BUND).

Regional power company EnBW on Monday said that Philippsburg 2, located near the southwestern city of Karlsruhe, would be taken off the grid at 7pm (1800 GMT).

The shutdown will take only a few hours to complete. In 2020 Philippsburg 2’s two cooling towers will be knocked down, kicking off demolition work that will take 10 to 15 years to complete.

Neighbouring Philippsburg 1, taken offline in 2011, is already being dismantled. Total costs for the exercise are estimated by EnBW at 7.5 billion euros ($8.4 billion) and will be covered by reserves built up by the power utility.

Industry association BDEW estimates that nuclear reactors accounted for about 12% of German power generation in 2019, down from 30% in 2000. Over the same period, the share of power from renewable sources has risen to 40%.