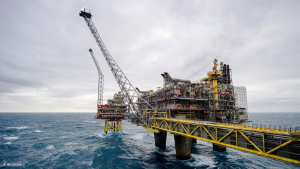 Producers of hydrocarbons in Germany include DEA, Neptune Energy, Vermilion Energy, Wintershall and a joint venture of ExxonMobil and Royal Dutch Shell.

Member firms of BVEG, which is based in Hanover, had turnover of 1.7 billion euros ($1.91 billion) in Germany last year, the same as a year earlier, it said in its annual report.

BVEG Managing Director Ludwig Moehring said there was potential to produce more gas from domestic reserves to fill the gap as Germany phases out coal-fired power stations and shifts to renewables.

Germany has 21.4 billion cubic metres of underground gas storage capacity, roughly a quarter of total supply to the market which was 86 bcm last year.