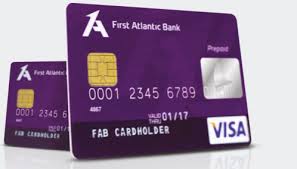 28 July 2015, Accra – The First Atlantic Bank, a leading bank in Ghana, has announced plans to expand its operations into the West African sub-region, as it marks its 20th anniversary.

The Chief Executive Officer and Managing Director of the First Atlantic Bank, Gabriel Edgal, disclosed to The Chronicle, after the launch of the bank’s 20th anniversary celebrations in Accra over the weekend. He explained: “Our strategy is to go to West Africa first and then to East Africa”, stressing that the bank is poised to become a global bank some few years’ time.

Mr. Edgal added: “Our aspiration is borne out of a vision to become the bank of choice for transactions, especially within Ghana and the West African Sub-region. This we believe is the start of our journey to becoming a global bank”. In the bank’s quest to go global, since last year it has embarked on nationwide organic expansion to increase the number of branches in Ghana.

To this end, the bank opened branches in key and strategic locations at Spintex Road, a business hub in the Ledzokuku Krowor Municipal Assembly (LEKMA) of the Greater Accra Region; North Industrial Area, Accra; Abossey Okai, Ghana’s largest auto spare parts business centre in the Accra metropolis; Airport; and a branch inside the Maxmart Shopping Centre at 37, Accra, while, other branches are located in other parts of Ghana.

Launching the anniversary and its logo, Mr Edgal was confident that the Ghanaian economy would rise again despite the current short-term challenges. He used the occasion assure customers and prospective ones that they would pursue the agenda of creating a well differentiated brand with bespoke product and service offerings delivered by a knowledgeable and well-motivated staff. In view of this, Mr Edgal emphasised: “We will continue to up skill our staff to offer the best of service to customers”.