Ghana may sell the first African Samurai bond since 2001 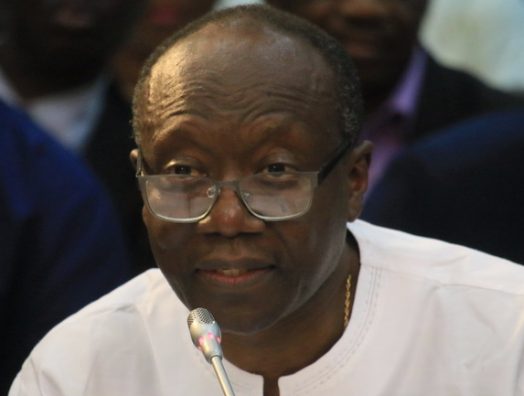 Finance Minister Ken Ofori-Atta is planning to visit Japan next month for talks on the possible sale, according to three people familiar with the situation.

Ofori-Atta will meet Japanese officials, investors and lenders from April 9 to 14 to discuss a debt issuance and to finalize a bilateral investment treaty, according to a document seen by Bloomberg and the people, who asked not to be identified because the matter is private. A Samurai issuance by Ghana will be the first from a government on the continent since South Africa sold 90 billion yen ($853 million) in 2001.

Charles Adu Boahen, the deputy finance minister, said in a text message that he wasn’t aware of plans to sell such a bond.

Ghanaian lawmakers will vote on Friday to approve a sale of as much as $2.5 billion in sovereign debt, Mark Assibey-Yeboah, chairman of the parliamentary finance committee, said by phone. Ghana will sell $1 billion in Eurobonds to finance this year’s budget and another $1.5 billion if the sale attracts more favorable rates than those it pays for existing debt, Ofori-Atta said earlier this month.

The trip to Japan will be Ofori-Atta’s second visit to Asia this year after he traveled to Hong Kong and Singapore in February to gauge investor interest for the Eurobond sale, people familiar with the matter said at the time. Hungary is the only emerging or frontier market government to sell Samurai bonds this year. It issued 30 billion yen of three-year notes with a yield of 0.4 percent on March 14.