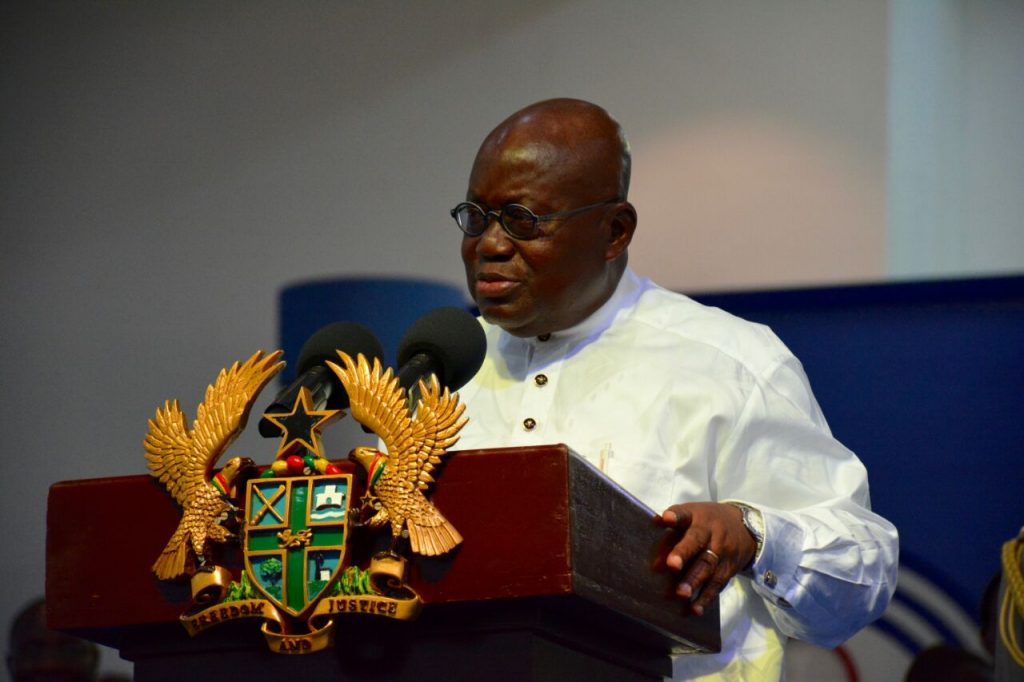 11 March 2018, Accra — President Nana Addo Dankwa Akufo-Addo has inaugurated a new Ecobank Headquarters in Accra and urged banks to, as a matter of urgency, reduce their lending rates.

This, he said would help private sector businesses to flourish and contribute to the government’s efforts to grow the economy as well as advance the agenda to move Ghana beyond aid.

He said despite improvements in key macroeconomic indicators and reduction of monetary policy rate, banking lending rates were “stubbornly high” averagely between 31.7 and 29.3 per cent at the end of January this year.

If the rates are reduced, President Akufo-Addo promised to add his voice to a request to advocate for loan defaulters to honour their responsibilities to help reduce non-performing loans.

The $60million ultra-modern facility is sited on about 27,000 metre square land in the heart of Accra. With a glassy exterior and several floors, the latest high rise building would host other subsidiaries of the financial giant.

President Akufo-Addo said despite some setbacks in the past that had derailed the development of the country, it could not continue to cry over spilt milk but forge ahead for a prosperous future.

He said the country was capable of driving its own development beyond aid and this was why the government was creating a conducive environment for the private sector to flourish.

He said the scrapping of some 14 nuisance taxes in the 2017 budget and other efforts were ways through which the government was boosting the private sector and it was committed to the growth of the economy.

He commended Ecobank for its contribution to the growth of the economy as well as the opportunities it had created for Ghanaian participation in the bank, adding that the edifice showed the growth and success of the bank.

Governor of the Bank of Ghana, Dr Ernest Addison said the BoG, as part of efforts to ensure strong corporate governance of banks and prevent sudden collapses, had issued new guidelines for banking and specialised deposit institutions.

On the reported takeover of the adb bank or the pledging of shares to Unibank, he said the BoG had not given approval but did not delve into the details of the matter.

He said the bank had noted the challenges in the microfinance sector and was taking steps, including various meeting with the banks and its shareholders, to address them.

Congratulating the bank for the new facility, he said it was a demonstration of the bank’s confidence in the Ghanaian economy and the investment it was willing to make in the market.

Ade Ayeyemi, Ecobank Transnational Incorporated Group Chief Executive Officer(CEO) expressing concern over non-performing loans, appealed to President Akufo-Addo to add his voice to the call for loan defaulters to pay back so others could borrow them and help Ghana beyond agenda.

He said as key partners to the development of the country, he said the bank would play its role but would need stakeholder support to develop a sound financial sector across the continent.

Daniel Sackey, Managing Director of Ecobank Ghana said the building was a testament to the bank’s desire to offer world-class services to its clients and acknowledged the efforts of his predecessors for the feat.