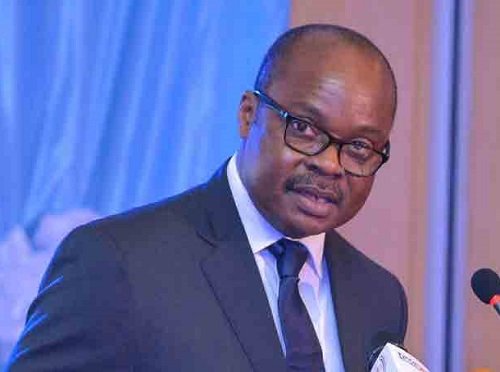 *Governor Ernest Addison of the Bank of Ghana.

05 January 2019, Accra — Ghana completed a cleanup of its banking industry in which lenders were required to raise their capital and improve governance, with two-thirds of them meeting the new requirements, Bank of Ghana Governor Ernest Addison said.

The West African nation has “23 well-capitalized” banks, compared with 34 previously, which raised their holdings to at least 400 million cedis ($81.1 million), Addison told reporters Friday in the capital, Accra.

Reforms announced in September 2017 triggered a series of capital-raising efforts by banks ranging from initial public offerings to rights offers and mergers, while the regulator revoked the licenses of at least seven lenders.

Ghana issued a total of about 12 billion cedis in bonds to save some banks, Addison said. “It’s been a very expensive cleanup,” he said.