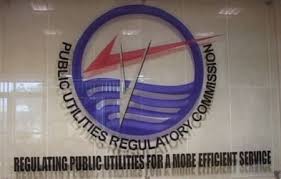 19 December 2015, Accra — The Tema District Council of Labour, TDCL, has added its voice to the call on the Public Utility Regulatory Commission, PURC, to suspend the implementation of new utility tariffs.

The PURC some few days ago announced an increase of 59.2 per cent and 67.2 per cent tariff for electricity and water respectively, which was to take effect from December 14, 2015.

The TDCL in a letter addressed to Chief Executive Officer of the PURC, copied to the Minister of Energy and Minister of Power as well as the Secretary General of TUC, stated that the regulatory body should suspend the new tariffs until the utility service providers rendered quality and acceptable services to workers and consumers.

The letter dated December 10, 2015, was signed by Mr Wilson Agana and Mr Ebenezer Kodwo Taylor, Chairman and Secretary respectively, of the TDCL.

It said, “We cannot afford to take any pesewa increase in utility tariffs in the midst of the hardship workers are going through as a result of the electricity power outages and the irregular flow of the taps”.

It said should the PURC go ahead with the implementation of the arbitral utility price increase, the Council would use every appropriate measure to ensure that workers’ rights were respected and not trampled upon.

The letter questioned whether the utility providers and the PURC were only interested in increasing tariffs without bothering itself “with the type of shoddy, poor and unacceptable services electricity and water companies are rendering to the public and workers”.

“Already, as workers are battling with the electricity power outages (dumsor) and the irregular and interrupted flow of water, we don’t expect PURC and the utility service providers to be insensitive to add to our woes by attempting to slap this ill-timed utility tariff increase on us”, it said.

The Council sought answers from the PURC on whether workers were responsible for the inefficiencies of the utility service providers and whether it was their responsibility to put in the requisite measures to stabilize the cedi which is unstable against major foreign currencies including the US Dollar.
*BusinessDay