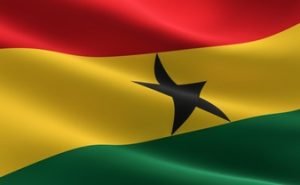 29 May 2018, Sweetcrude, Lagos – Ghana is to award three oil blocks next year through a mix of open competitive tender and direct negotiations, the country’s Energy ministry said in a statement.

They are part of the nine oil blocks the country plans to give out for commercial exploration off its western coast beginning this year.

Reuters reports that the former Gold Coast plans to award six of the nine blocks this year while the remaining three will be given out next year.

The Energy ministry said state oil company Ghana National Petroleum Corporation will acquire one of the blocks to explore in partnership with a strategic partner to develop its technical capacity and become an operator.

“This year’s licensing round focus would be on the western basin because of the existence of infrastructure, including two gas pipelines to the shore, three production facilities with a fourth FPSO in the offing by 2021,” it said.

The government last week named a 23-member committee to oversee the allocation of oil blocks to local and international companies through evaluation and negotiation.