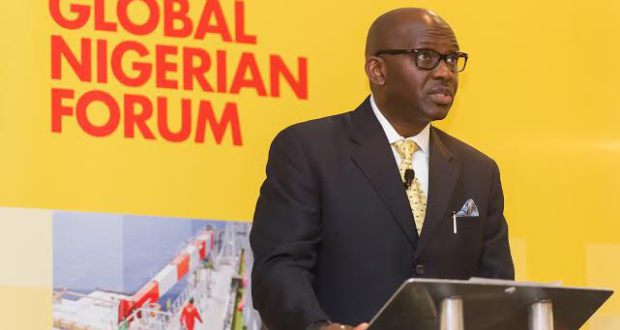 20 February 2018, Sweetcrude, Lagos – Global energy market projections has given gas an edge as the preferred energy of the future against other energy sources, Managing Director and Chief Executive Officer of the Nigeria LNG Limited (NLNG), Mr. Tony Attah, has said.
Attah spoke at an executive roundtable titled, “Growth Outlook and Strategies for Staying Competitive after a Global Downturn” at the first Nigeria International Petroleum Summit, NIPS, holding in Abuja.
Other participants at the executive roundtable discussion include the Managing Director and Chief Executive, Total E&P Nigeria Limited, TEPNG, Nicolas Terraz; Vice Chairman and Managing Director, Nigerian Agip Oil Company, NAOC, Massimo Insulla; Chairman/Managing Director, Chevron Nigeria, Jeffrey Ewing; Chairman/Managing Director, Mobil Producing Nigeria and Esso Exploration and Production Nigeria Limited, Paul McGrath; Managing Director and Country Chair of Shell Nigeria, Mr. Osagie Okunbor, representatives of the Group Managing Director of the Nigerian National Petroleum Corporation, NNPC, Dr. Maikanti Baru; and President and CEO, Dangote Group, Aliko Dangote; as well as other top executives of major oil and gas companies in the country.
Attah explained that a combination of factors has given gas an edge as the preferred energy of the future, stating that the global LNG trade is projected to nearly triple, from about 12 Trillion Cubic Feet, Tcf, in 2015 to around 31 Tcf in 2040.
He said: “Electric power sector carbon emissions are projected to be flat through 2050 as a result of favourable market conditions for natural gas and supportive policies for renewables compared with coal. The projections are underpinned by the prospect of the global economy growing at an average rate of 3.4% per year, a population that expands from 7.4 billion today to more than 9 billion in 2040, and a process of urbanisation that adds a city the size of Shanghai to the world’s urban population every four months.
“Global energy consumption will increase in the future but on the other side of the fence, we also see the clamouring for cleaner energy rising and that is where gas comes in. Coal will be totally displaced as a source of energy, followed by crude oil. Oil will still be in demand but (particularly as a source of power) will go down by about 50%. Countries like the United Kingdom, Sweden, Norway and many other countries are making moves to significantly reduce their carbon footprint. Norway aims for all new passenger cars and vans sold in 2025 to be zero-emission vehicles while Sweden has committed to 100% renewable energy by 2040.”
Attah, however, warned that Nigeria was losing the competitive space in the LNG global industry, saying: “Nigeria started 24 months after Qatar. Qatar now produces 77 million tonnes per annum (MTPA) and is the number one LNG supplier in the world, while Nigeria is still on 22 MTPA.
“Australia is already flooding the market and will knock down Qatar to the third or fourth place. In Africa, significant gas finds in excess of 127 Tcf in Mozambique have created the potential for another African super player.
“Mozambique is expected to become the second-largest exporter of Liquefied natural gas (LNG) by 2025, as the country steps up production from 10 million tonnes per annum (Mtpa) in 2017 to an envisaged 50 Mtpa.”
“The real investment opportunity was last year when prices were low; but is not too late. That is why we need to take the decision on Train 7 now so we can stay within the Top 5 space. The future is gas and NLNG is ready to play. It is time for gas.”
He added that for Nigeria to remain competitive in the global oil and gas industry, upstream investment needed to be increased, stating that “it’s time to prepare for the likely demand outlook that’s positive, and has out-performed projections in the last 3 years. Let’s get back to E & P activities.”
Other strategies recommended by Attah include stable regulatory framework and ease of doing business as well as strategic implementation of cost management by developing projects that are competitive under current pricing, implementing structural cost-saving measures, such as standardised, modular approaches to plant construction, and embarking on new E & P projects that have shorter payback periods.
The NLNG Train 7 project will increase the company’s production capacity from the current 22 MTPA to 30 MTPA of LNG.