Global lithium demand to more than double by 2024 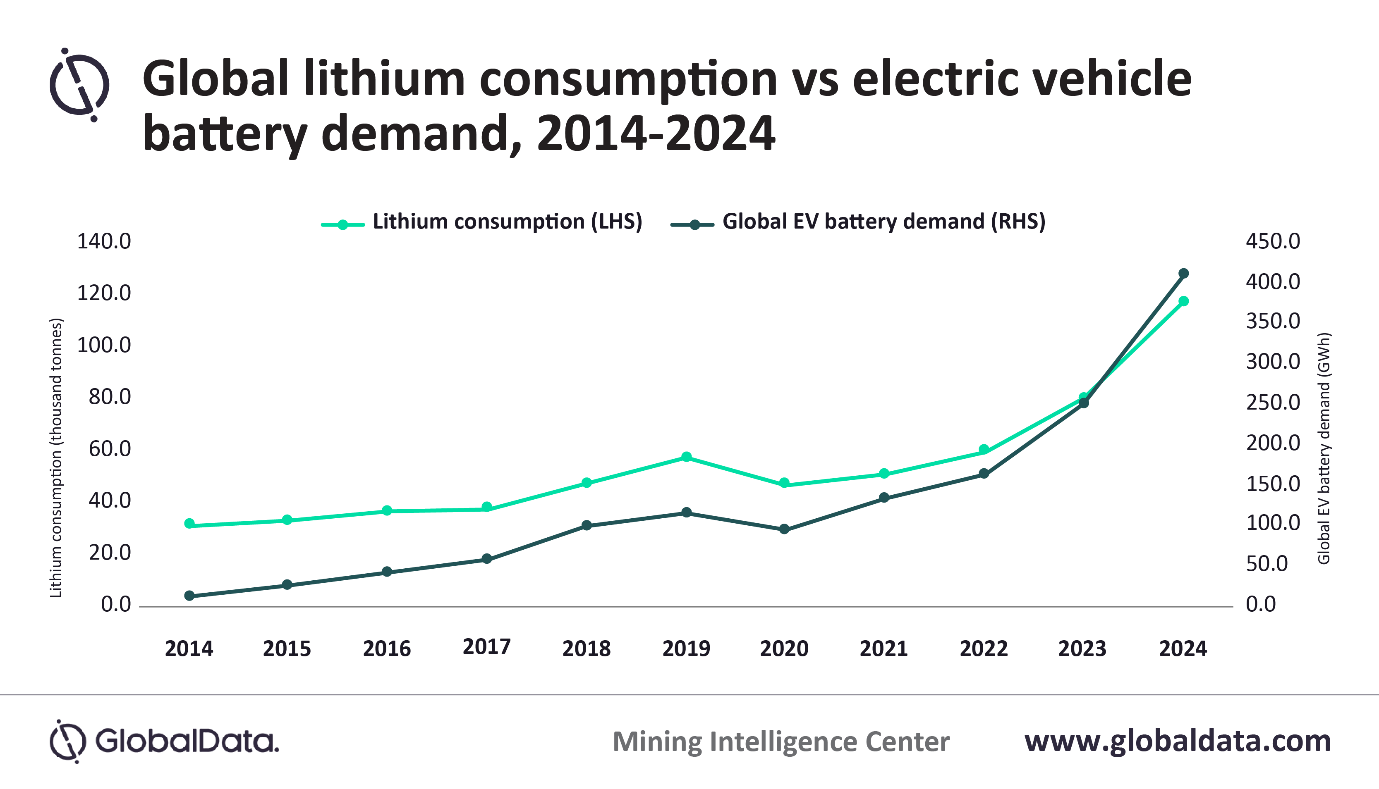 Vinneth Bajaj, Senior Mining Analyst at GlobalData, comments: “Lithium metal production is expected to reach 134.7kt versus 58.8kt in 2020. This follows a significant 18.2% decline in 2019 to 78.2kt, resulting from sluggish global EV sales and a steep fall in prices, which, in turn, encouraged reduced production levels.

“Lithium production over the next four years will be mainly supported by output from existing Australian mines such as Mount Cattlin and Pilgangoora. Other major mines include Mount Marion, Salar de Atacama and Salar del Hombre Muerto located in Australia, Chile and Argentina, respectively.”

Bajaj continues: “According to GlobalData, nearly 12.7 million EVs are expected to be produced across the globe in 2024, increasing from 3.4 million in 2020. China is determined to boost EV sales, targeting a 20% share of the new car sales by 2025, versus just 5% in 2019. The country’s decision to cut subsidies in a phased manner until 2022, rather than eliminating it in 2020, is expected to provide an essential boost to the domestic market, as well as the overall global EV market.”

Bajaj adds: “Tesla also announced a revolutionary 4680 cell design, the production of which has already begun with 10GWh of annual capacity expected through 2021. It is expected to completely change the cost dynamics of EVs by reducing the overall cost of its long range and high performance battery cells.”