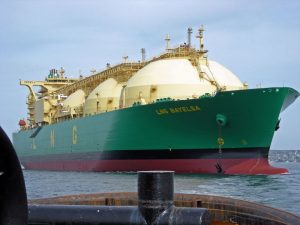 London — Asian spot liquefied natural gas (LNG) prices edged up this week amid spot buying in the region and a possibility of higher consumption in winter due to cold weather.

There was demand from Indian, Taiwanese and South Korean buyers this week, among others, traders said.

Rising demand and prices in Asia are expected to help more cargoes to be exported from the United States in the coming months. Sources said this week that no more than five cargoes for November loading were likely to be cancelled, after dozens were rejected this summer.

China’s LNG imports are expected to rise 10% to new highs in 2020 as companies take advantage of this year’s low prices to cover increasing industrial use and robust residential demand.

In tenders, Indian Oil Corp has bought a cargo for delivery in November at about $4.75 per mmBtu from Royal Dutch Shell.

It has also re-issued a tender for September-October delivery to the Ennore terminal, which was previously cancelled. The new tender closes on Friday, an industry source said.

Another Indian buyer, Petronet LNG has bought a November delivery cargo at about $4.80 per mmBtu.

Elsewhere in Asia, Taiwan’s CPC Corp was seeking a cargo for November delivery in a tender, while South Korea’s GS Energy was looking to buy a cargo for the first half of November in bilateral negotiations, sources said.

Pakistan LNG Ltd (PLL) will award tenders for two October cargoes to trader Gunvor, which offered the lowest bid at a slope of 11.3877% to Brent crude.

On the supply side, Angola LNG held an October delivery tender this week, while Malaysia’s Petronas was selling a mid-November delivery cargo, sources said.

There were ongoing supply issues in the United States and Australia tightening the market.