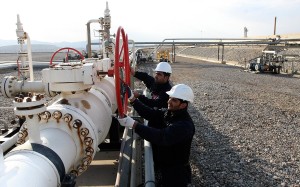 This is the words of Secretary-General of the Organisation of the Petroleum Exporting Countries, OPEC, Dr Mohammed Barkindo, in his keynote address at the 5th Kuwait Oil & Gas Show with the theme, ‘New Energy Era: Transformation, Diversification and Integration’.

According to the OPEC chief, the worst deferment in capital investments in the oil and gas sector occurred from 2015 and 2016.

However, the economic recovery that began the following year sent the price of oil back over $100; it hovered between $100 and $125 until 2014 when it experienced another crash, this time, below $30 per barrel, leading to drawbacks in investments.

Due to low investments in the sector, Barkindo said in the period to 2040, the required global oil sector investment has been estimated at “a huge $10.5 trillion”.

The International Energy Agency said wells were depleting at an average rate of 9 percent annually.

“There is evidence that cuts in exploration activities have already resulted in a dramatic decline in new oil discoveries, dropping to levels not seen in the last 60 years,” said the IEA’s World Energy Investment 2016 report.