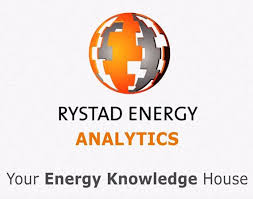 17 August 2018, London — Rystad Energy announced Friday that it expects the global oilfield service sector to be back at pre-downturn market levels by 2024.

The independent energy research and business intelligence company said shale will make up 23 percent of the total service market in 2024, compared to 19 percent in 2014.

“Offshore is losing market share due to the sanctioning draught in 2015-2017, which is keeping greenfield spending at lower levels going forward,” Rystad said in a statement published on its website.

“In terms of service markets, well services and commodities, subsea and MMO will surpass 2014 levels in 2024, but drilling contractors and EPCI will not due to continued pressure on service prices, downsizing and efficiency gains in the value chain,” the statement added.

Earlier this year, a report from BMI Research outlined that oilfield services companies around the globe would face a stronger demand for their services this year.

“As some of the industry’s most vulnerable companies to the fall in crude prices, rising commodity prices and strengthening demand for onshore services is reviving this sector after a three-year contraction,” BMI analysts said in a statement sent to Rigzone back in February.

“Having retired or pulled back from a number of segments since 2014, we expect OFS [oilfield services] firms will redeploy assets into the field this year as investment activity begins to recover,” the analysts added.

In the report, BMI highlighted that a rise in crude prices had boosted revenues at the top global OFS companies.

Last month, Rystad revealed that oil majors are “on pace” to approve over $37 billion in projects during the calendar year. The company said over 30 percent ($12 billion) of these had already been approved during the second quarter.

BP plc, Eni S.p.A, Royal Dutch Shell plc, Total S.A, ExxonMobil Corporation and Chevron Corporation approved over $77 billion worth of greenfield projects from 2015 to the first quarter of 2018, Rystad revealed back in July.