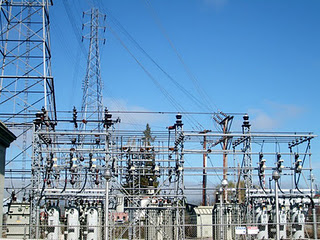 Oscarline Onwuemenyi
13 October 2017, Sweetcrude, Abuja – The Federal Government has initiated a business model to end estimated billing for electricity customers in the country in the next three years.

The proposed business model provides for the licensing of Meter Services Providers (MSP) by the Commission who would, on a competitive basis, provide for the financing, procurement, installation, maintenance and replacement of electronic prepaid meters for end-users of electricity.

This was contained in a consultative paper for a regulation to end estimated billings of end-user electricity customers in the Nigerian Electricity Supply Industry (NESI) obtained by newsmen.

The policy paper, which was released by the Nigerian Electricity Regulatory Commission (NERC) to the media, has the backing of the Minister of Power, Works and Housing, Mr. Babatunde Fashola.

According to NERC, the distribution licensee is expected to enter into a Meter Service Agreement (MSA) with selected MSPs for the deployment of a specified number of meters within the tenure of the agreement in exchange for a monthly lease fee covering a period ranging from 10 to 15 years, thus enabling a full cost recovery over the technical useful life of the asset plus a provision for a regulated return on the investment.

Under this model, the distribution licensee is the lessee and the terms and conditions of the lease shall be mutually agreed between the parties.

The commission stated that the Meter Services Agreement shall incorporate service level obligation expected of the lessor during the tenor of the agreement, particularly in the area of installation, maintenance and replacement.

According to the paper, “The Commission has noted the critical role of metering in minimizing customer apathy and in particular, ensuring the long-term financial sustainability of the NESI. The Commission is therefore committed to rapidly bringing to an end the widespread practice of estimated billing for electricity consumption by ensuring the full metering of all electricity customers in Nigeria.

“In this context, the Commission has appraised the impact of the current challenges affecting the rollout of meters in the industry as well as other viable options in practice in other jurisdictions and hereby propose the following initiatives as a means of fast tracking the metering of all electricity customers in NESI by 2020.

“The Commission has resolved to assiduously work towards bringing to an end the widespread practice of estimated billing through the provision of appropriate meters to all consumers.”

It noted that upon the take-off of the proposed initiatives, all distribution licensees shall be committed to an ambitious metering target as one of the cardinal requirements for restoring the financial viability of the NESI.

It added that as a driver for the ambitious targets, the Commission proposes to review the current Disco estimated billing methodology with a view to curtailing abuse and providing protection for consumers. “In the same vein, the Commission notes that a meter is an essential part the electricity infrastructure required to service a customer and no customer shall be allowed to remain connected to a distribution licensee without a meter, where available,” it said.

Speaking recently on the need to eliminate estimated billings, Fashola, said that since the Electric Power Sector Reform Act (EPSRA) 2005 did not give Discos the monopoly to supply meters to their customers even though it was their duty, the government is going to license meter providers to supply meters to customers on conditions approved by the NERC.

“Some Discos have come to say that their customers still want to pay for meters and they can reach agreements with them on how to pay for it. Government will not stand in the way of such an agreement. It is consistent with the intent of privatization envisioned by EPSRA or at least it does not violate the Act”, he said.