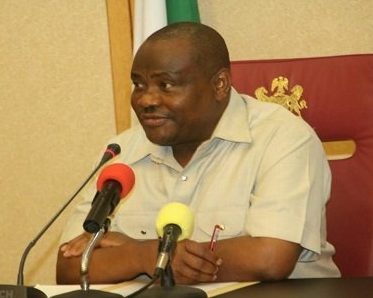 Port Harcourt — Rivers State Governor, Nyesom Ezenwo Wike, has reversed his eviction of Caverton Helicopters from the state, following the resolution of the crisis between the logistics company and the state government.

Recall that two weeks ago, two pilots of Caverton Helicopters and 10 passengers of the aircraft, were arrested, charged, arraigned and remanded over alleged violation of the state government’s Executive Order on COVID-19.

The governor had went on to declare the air logistics company a persona-non-grata in Rivers State, and directed the authorities in Obio/Akpor Local Government Area, host to Caverton Helicopters, to sealed the company’s premises.

Rivers State Attorney-General and Commissioner of Justice, Prof. Zaccheus Adangor, who announced the truce, said the governor approved the reopening of Caverton Helicopters’ premises, after its management apologised to the state government for flouting its executive order.

Adangor disclosed that he has been informed by the management of Caverton Helicopters, that it’s premises in Port Harcourt, has been unsealed, adding that the company has also pledged to be of good conducts, while doing business in the state.

According to him, “We have unsealed the business premises of Caverton Helicopters. Rivers State governor gave the approval.

“The Chairman of Obio/Akpor Local Government Area was directed to unseal it. I have received a call from the company to confirm that their premises have been unsealed.

“We unsealed the premises on the basis of the apology tendered by the company and their commitment to be of good conduct,” the Rivers State Government said.