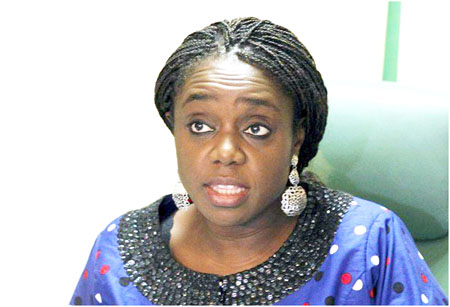 Oscarline Onwuemenyi
09 November 2017, Sweetcrude, Abuja – The Federal Government on Wednesday vigorously denounced the latest downgrading of Nigeria from B1 stable to B2 stable by Moody’s Sovereign Rating.

It explained that the Nigerian authorities’ efforts to address the key structural weakness exposed by the oil price shock by broadening the non-oil revenue base have so far proven largely unsuccessful.

“As a consequence, while debt levels remain contained and notwithstanding recent cyclical improvements, the government’s balance sheet remains structurally exposed to further economic or financial shocks, with interest payments very high relative to revenues and deficits elevated despite cuts in capital spending.

“The stable outlook reflects the fact that the likelihood of a shock occurring that would further impair Nigeria’s economic and fiscal strength remains low, with external vulnerabilities having receded supported by the rebound in oil production, the current account projected to remain in surplus, and reserves boosted through external borrowings and increased foreign capital inflows. Medium-term growth prospects are also credit supportive,” it stated on its website.

In a statement issued in Abuja by the Debt Management Office on behalf of the Ministry of Finance and the Central Bank of Nigeria (CBN), the government said the premise for the rating was faulty, adding that since Nigeria’s last rating in 2016, the nation had made quantum leaps in several economic frontiers.

The statement read in part, “The attention of the Federal Ministry of Finance, Central Bank of Nigeria and the Debt Management Office has been drawn to Wednesday’s announcement of the decision by Moody’s to downgrade Nigeria from a B1 stable to a B2 stable rating.

“This is equivalent to Nigeria’s existing B/stable outlook rating from S&P and slightly lower than Nigeria’s B+/negative outlook rating from Fitch. While we respect the right of Moody’s to make this decision, we strongly disagree with the premise and must address some of the conclusions upon which the decision rests.”

The Federal Government said since Nigeria was last rated by Moody’s as B1 stable in December 2016, the country had successfully emerged from a protracted recession and recorded important improvements across a broad range of indices.

It listed the areas to include a return to economic growth of 0.55 per cent in the second quarter, and returning business confidence, as evidenced by a PMI index of 55.0; stable foreign exchange window for importers and exporters, with improving liquidity and convergence of the parallel and official rates; and significantly improved foreign exchange reserves, now totalling $34bn.

Others are increased oil production, combined with stable and now improving oil prices; slowly improving revenue profile, with non-oil revenue (principally taxes) up by 10 per cent; month-on-month improvements in inflation levels since January 2017, with inflation continuing to trend downwards; strong year-on-year improvement on the World Bank Ease of Doing Business rankings from 169th to 145th place, a 24 place move in one year; and the highest capital expenditure deployment since 2013, making investments in critical infrastructure to support further growth.

The government said it had put in place a number of measures to improve revenue collection as the Federal Inland Revenue Service had made good progress in increasing revenue with the introduction of a tax amnesty and plugging of leakages and deployment of technology-driven revenue management strategies.

It added, “We have seen improvements in revenue in 2017. Fiscal revenues are linked directly to both the performance of the economy and the number of taxpayers contributing. As a result of the foundation that has been established in 2017, we expect similar positive trends in 2018.

“Our revenue initiatives are changing the mix of revenue sources available to government from the traditional oil or debt to a combination of oil, debt and domestic revenue.”