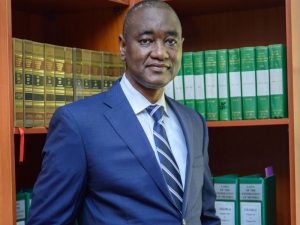 Port Harcourt — The Federal Government has announced plans to convert gas wastes to electricity in order to preserve the Niger Delta environment from further pollution.
To this end, the government has expressed readiness to partner with private investors under a Public-Private-Partnership initiative to channel waste gas into useful and beneficial ventures.
Minister of Environment, Mohammad Abubakar, speaking in Port Harcourt recently, said the initiative of transforming gas waste to power will bring a stop to the issue of black soot plaguing the Niger Delta region.
Abubakar also assured that the Federal government was willing and ready to curb oil and gas pollution in the Niger Delta.
“There are companies that have brought proposals from a Public Private Partnership, that gas waste can be harnessed and environmental pollution stopped.
“It can be channeled to make electricity or even turned back to liquified petroleum.
“The government is looking for investors to come and partner with us on this.
“Trust me, if we can do this between now and in the next four years; the government is willing and ready, and we want to stop it sooner.”
The minister also blamed the soot in Port Harcourt on activities of illegal oil refiners.
“Artisanal refining is something that is really difficult to pin down, because the artisanal refiners move from place to place.
“For instance, when one site is discovered and stopped, they (artisanal refiners) move to another location and this is where the soot is coming from. They are part of the pollution we are talking about,” he said