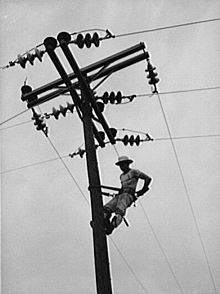 The Minister of Power, Works and Housing, Mr. Babatunde Fashola, who addressed State House correspondents after the Federal Executive Council (FEC) meeting in Abuja, said the PSRP would also assist in processing debts owed by Ministries, Departments and Agencies (MDAs) and how to improve sector governance.

Edozien made the disclosure at the Power For All campaign geared towards acceleration of decentralized Distributable Renewable Energy (DRE).

Power For All is global campaign to promote distributed renewable energy as the fastest, most cost-effective and sustainable way to achieve universal energy access.

Also speaking at the end of the FEC meeting, the Minister of the Federal Capital Territory, Mallam Mohammed Bello disclosed that the FEC approved contract for Phase 2 of the Abuja Mass Transit Lot 1B (26.77km) which is from Ring Road I, passing through Area 10 beside Wuse Market, Berger Junction, Jabi Motor Park, through Life Camp to Gwagwa in Abuja.

He listed the 12 roads as the Numan-Jalingo roads connecting Adamawa‎ and Taraba states, replacement of bridges at Mayachi along Guza-Sokoto, construction of roads in Zamfara, Bauchi, Plateau, Osun, Kwara, Kano, Oyo, Enugu, Kaduna and Kano states.

According to Fashola, FEC also approved contract for consultancy and engineering design for access road 1 and 2 ‎to link Asaba in Delta State as well as Onitsha in Anambra State to link and enhance the ongoing work on the Second Niger Bridge project.