Govt yet to conclude comprehensive audit of refineries — Kachikwu 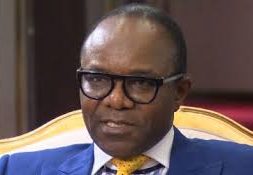 *This is 3 years after promise to “fix” refineries

04 July 2018, Sweetcrude, Abuja — Minister of State for Petroleum Resources, Dr. Ibe Kachikwu, has stated that the Federal Government is yet to conclude a comprehensive review of the country’s refineries to understand the magnitude of the problems of the plants and how to carry out the revamp process.

The minister’s declaration is coming nearly three years after the Federal Government, through the minister, announced a deadline to “fix” the refineries located in Warri, Kaduna and Port Harcourt by December 2015.

“Personally, I will have chosen to sell the refineries, but President (Muhammadu) Buhari has instructed that they should be fixed. After they are fixed, if they still operate below 60 per cent, then we will know what to do…The 90-day ultimatum for the refineries to be fixed will end in December”, Kachikwu had said while addressing journalists in Lagos, as Nigerian National Petroleum Corporation, NNPC, Group Managing Director, on September 25, 2015.

He said: “A lot of work is also going to identify what really needs to be done in the refineries, because no comprehensive infrastructural re-kit and re-evaluation has been done, to even tell us what work needed to be done.

“We just knew it (they) was (were) not performing; but what exactly is wrong? Which of the units need to be worked on? As you go from Kaduna to Warri, to Port Harcourt, the challenges are different in those three refineries.

“We needed to have a comprehensive look, different from in-house people. We brought in consultants to take a look at what needs to happen, so that you use that as a basis to negotiate with financiers and contractors.

“That process is largely almost done and we are really hoping by the end of October, we should be in a position to have signed all the requisite agreements and be able to charter people to move in and begin to work.

“If we can by the end of the year get to a point where, at least, we begin the process of actual work, shut down the refineries and begin, then I think we would have achieved the objective of this in terms of beginning to revamp those refineries.”

Kachikwu said on assumption of office by the current government, the country’s refining capacity was less than 10 per cent, adding that the Federal Government managed to leverage it to about 15 per cent, where it still is today.

“We have continued to import most of our refined petroleum products into this country. The effect of that is all the challenges in terms of pricing of petroleum products and the under-recovery or subsidy, as the case may be, that has been the subject of very many interests.

“Added to that obviously, is the uncertainty about what is happening in the international refining market coupled with the Niger Delta insecurity that we had then; unsustainable refineries that were not performing, fairly ballooned contractual models that were costing the government so much money. We had our work cut out for us,” he stated.

The minister of state for petroleum also disclosed that the Federal Government was considering a policy to compel Joint Venture companies in the country to dedicate a larger portion of their crude oil output for local refineries that would spring up in the coming years.

He said: “I can tell you that as we go through the crude oil sale policy of this country, we must get to a point where even those who produce crude oil as joint venture partners must take a responsibility in providing crude first for the local refineries.

“We are going to have to come there through policy because it does not make any sense for us to ship out all the crude in the world that we produce and leave our citizens scouring for imported refined petroleum products.”