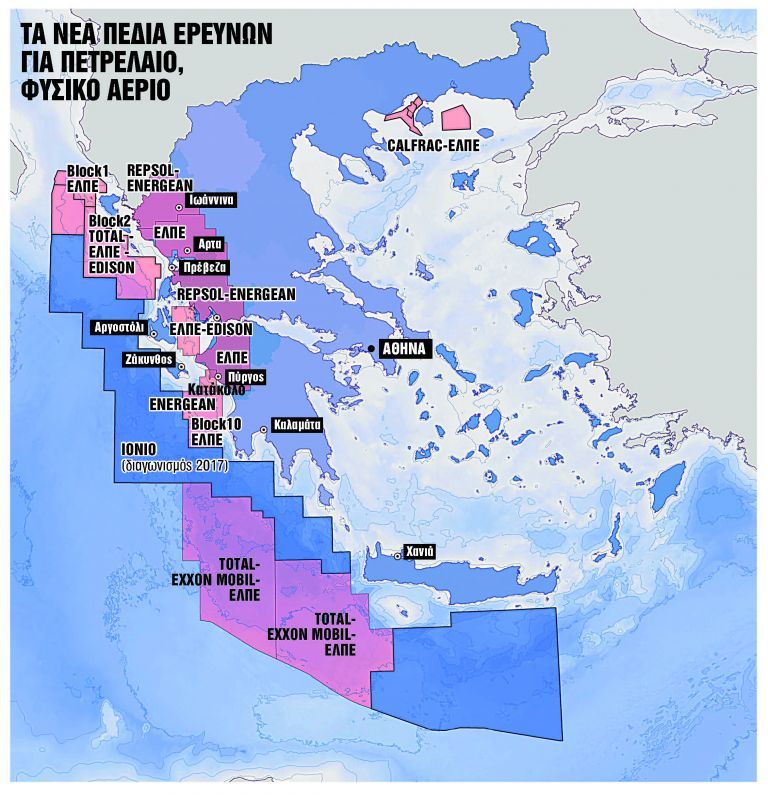 London — Greece has awarded licences to U.S. energy giant ExxonMobil and French multinational Total to search for hydrocarbons off the island of Crete, marking the country’s first major foray into an oil and gas search in the region, Reuters reported.

The move came amidst heightened tensions in the Eastern Mediterranean over natural gas resources off Cyprus, as Turkey objects to the exclusive economic zone (EEZ) declared by Nicosia and says Turkish Cypriots should get a fair share of resources around the island.

In consortium with Hellenic Petroleum, ExxonMobil and Total will have an eight-year research and exploitation licence in two offshore blocks lying south and south-west of Crete, Reuters said.

“Within two to four years we anticipate we will have a clear view of what and what kind of reserves are there,” Reuters quoted Greek Prime Minister Alexis Tsipras as saying in a speech at the licensing ceremony.

Turkey has been sidelined in the Eastern Mediterranean, as Greece, Cyprus, and Israel have pooled their efforts, also getting the backing of the U.S. Congress. The three countries in December inked a U.S.-approved deal for the construction of a $7 billion pipeline to transport natural gas to Europe.

ExxonMobil and Total along with Italy’s Eni are also among the companies licensed to search for gas off Cyprus. Turkey, which has territorial claims that overlap with Cyprus’s EEZ, has also stepped up efforts by sending its second drillship to Cyprus.