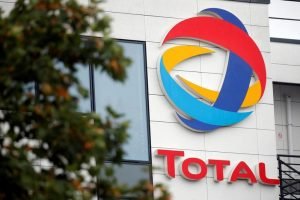 Paris — Six French and Ugandan campaign groups have asked a French court to order energy major Total to disclose how it is addressing the human and environmental impact of a Ugandan oil field, green group Friends of the Earth said on Wednesday.

Total said on Wednesday it had no immediate comment on the groups’ legal application, but cited a previous statement saying it was working in Uganda in compliance with national and international standards.

Under French law, large French companies are required to publish annual plans that address any adverse impact of their activities, and those of subsidiaries and suppliers, on people and the environment.

In their legal application, the six campaign groups, which included Friends of the Earth, said that Total had not met that obligation.

In a June 24 notification to Total, the campaign groups alleged Total intimidated and failed to properly compensate local land-owners affected by work on its Tilenga project in Uganda.

They also alleged Total had failed to develop adequate environmental safeguards to protect the surrounding national park through which the Nile river flows.

Crude reserves were discovered in Uganda more than 10 years ago but production has been repeatedly delayed by disagreements with field operators over taxes, while a lack of infrastructure such as a pipeline and a refining facility, has also held up work.

In a Sept. 30 statement, Total said there was no legal requirement for it to publish reports on each of its projects, adding it had put measures in place to mitigate impacts from its Tilenga project, and was working in consultation with local people who had to be re-located because of it.