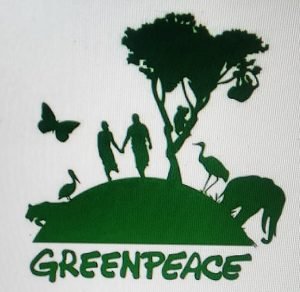 Oslo — An Oslo appeals court approved Norway’s plans for more oil exploration in the Arctic on Thursday, dismissing a lawsuit by environmentalists who had said it violated people’s right to a healthy environment.

The verdict upheld a ruling made by a lower court, rejecting arguments by Greenpeace and the Nature and Youth group that a 2015-2016 oil licensing round that gave awards to Equinor and others had breached Norway’s constitution.

“The verdict is unanimous,” the Borgarting Appeals Court said in its written decision.

Greenpeace immediately said it would appeal the case to Norway’s supreme court.

Beate Kristine Sjaafjell, a law professor at the University of Oslo, said the supreme court may give a clearer answer on whether handing out new licenses violates Norway’s constitution.

“It should not evade the big question of whether continuing with oil and gas exploitation contributes to dangerous climate change and conversely whether doing that is in line with Norway’s expressed commitments to contributing to staying within the Paris agreement goals,” she added.

The lawsuit is seen as part of an emerging branch of law worldwide where plaintiffs seek to use a nation’s founding principles to make the case for curbing emissions.

The green groups cited article 112 of Norway’s constitution, which guarantees the right of current and future generations to a healthy and sustainable environment, as well as the Paris climate agreement to limit global warming.

“The court’s verdict is a big step in the right direction, and the reason is that the right to a healthy environment according to the constitution is acknowledged by the court of appeal,” Greenpeace Norway chief Frode Pleym told reporters.

Oil and gas extraction has helped make Norway one of the wealthiest nations on earth, with a $1.1 trillion sovereign wealth fund stemming from petroleum income.

The government gave out 10 Arctic exploration permits in the contested 23rd licensing round, including three in the southeastern part of the Barents Sea, near Norway’s border with Russia.

Oil companies have already drilled exploration wells in some licenses, but have not made any significant discoveries. Aker BP plans to drill a well in one license later this year.

A win at the appeals court could have set a precedent for other climate cases globally, while limiting exploration by western Europe’s biggest oil and gas producer, the plaintiffs said at the outset of the trial.

But while environmental groups said more petroleum resources had already been discovered than could be exploited without breaching the Paris goals, the government argued that any decision to drill was for parliament to make, not the courts.

There has been a surge in climate-related lawsuits in recent years, with campaigners viewing even unsuccessful litigation as an effective way of pressuring governments to be more ambitious about averting climate catastrophe.

Over 1,500 climate-related cases were brought in 28 countries, mostly in the United States, between 2007 and 2020, according to Joana Setzer, a fellow at the Grantham Research Institute at the London School of Economics.

Most defendants are governments, but lawsuits are increasingly targeting bid oil and gas companies, she said.