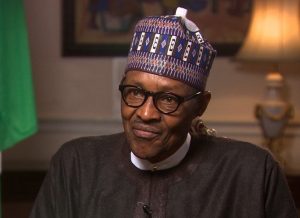 25 June 2018, Sweetcrude, Lagos — Nigeria’s ranking in the ‘Ease of Doing Business’ dropped from 145 to 183, according to a petition written to the Presidency by the National Council of Managing Directors of Licensed Customs Agents, NCMDLA.

In the petition, titled “Nigeria poor Ranking on Trading Across Borders (TAB) on Ease of Doing Business and the need to urgently institute reforms to address the challenges on import, export, transit regulatory procedure”, the group enumerated the challenges encountered in the process of import, and export, and the transit regulatory procedure that affected Nigeria’s ranking in trading across borders on ‘Ease of Doing Business’.

Mr, Lucky Amiwero, who signed the petition, said that the ranking covers 11 areas of business regulation of 190 countries, which are measured on time and cost on procedural requirements for import, export and shipment of goods

Amiwero explained that time and cost are associated with three requirements – documentary compliance, border compliance and domestic transport that allows for comparability across all 190 counties.

He opined that Nigeria’s import, export, regulatory and transit procedures are lengthy and cumbersome, and are associated with unnecessary delays, high transaction cost and an increase of cargo dwell time, which combine to make the nation’s port the most expensive in the globe based on verifiable information.

He emphasised the need to reform the import-export, regulatory and transit procedures, adding that integrated set policies and procedures that are globally accepted should be considered as well.

He added that well-coordinated processes and procedures will ensure effective trade facilitation and that this could be achieved through reduction of transaction cost and cargo dwells time as well as by ensuring safety and security of the processes.