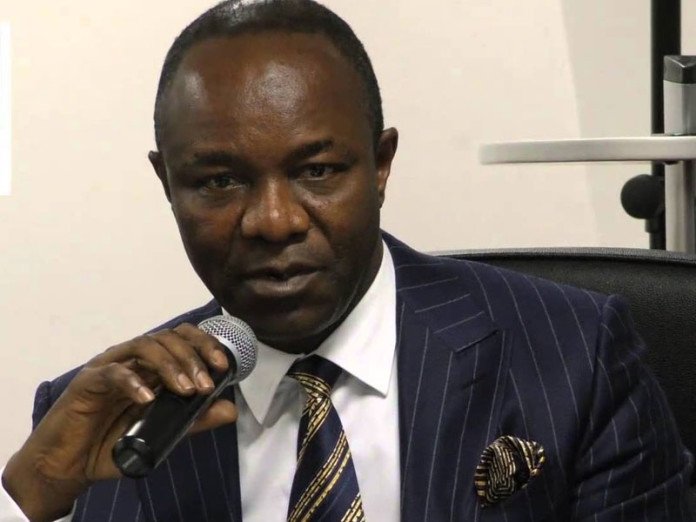 The group alleges that Dr. Kachikwu plans to use the resumption of oil exploration in Ogoni as a precondition for cleanup and remediation of the Ogoni environment.

This comes as the Dr. Ibe Kachikwu is expected to visit Ogoniland on Monday, 9th July 2018, for a planned meeting with Ogoni stakeholders.

Gbo Kabaari Ogoni, otherwise known as Elders’ Forum of Ogoni People, in the petition jointly signed by renowned environmental activist and former NEITI Chairman, Mr. Ledum Mitee and 10 others, called on the Vice President to discontinue any act that may hinder Federal Government’s plan to clean up Ogoniland.

The group explained that the move to resume oil exploration in Ogoniland was a sensitive matter, maintaining that the issue required a thorough and painstaking engagement process with far broader stakeholders and not the selected few that were currently engaged.

The Pro-Ogoni group called on Vice President Yemi Osinbajo to use his office to deploy the relevant machinery to effectively commence the clean-up of Ogoniland to prevent further aggravation of the already repulsive magnitude of environmental pollution of the land.

“The attention of Gbo Kabaari Ogoni, the Elders Forum of the Ogoni People, has been drawn to a so-called “Stakeholder’s Engagement” with Ogoni People” with the Minister of State for Petroleum Resources slated for the 9th of July 2018.

“The main objective of the meeting, according to the invitation sent to a few selected persons, is the resumption of oil and gas production activities in Ogoniland on the basis of an alleged agreement of an earlier meeting that the resumption of oil and gas activities in Ogoni must now be a condition precedent for the much-hyped clean-up and remediation of the Ogoni environment under Hydrocarbon Pollution and Remediation Project.

“We also wish to implore you to advise the Honourable Minister of State for Petroleum Resources to discontinue any divisive measures that would impede the Federal Government’s plan to clean up Ogoni land as promised by Your Excellency during the flag-off of the project,” the statement read.

“We are saddened that a Minister in a government avowedly committed to due process and anti-corruption should even contemplate making the resumption of oil activities in Ogoni a condition for clean-up of our land, even when no attempt has been made to engage on or redress the ills of the past.

“We find this clearly insensitive, to say the least, especially at a time that the Federal Government is revisiting the ills of the past in some other communities with a view to redressing them.

“We are aware that the so-called “Stakeholders Engagement” is a sham to merely endorse a decision already taken to forge a dubious so-called “Ogoni endorsement” of a particular company to resume oil and gas activities in Ogoni without any pretense to transparency,” the group said.

The Elders’ Forum of Ogoni People further explained that Ogonis were not against the resumption of oil and gas exploration activities in the area, but that oil production in Ogoniland should not be tied to the clean-up of the area.

The group regretted that two years after the much publicised flag-off ceremony for the clean-up of Ogoniland as recommended by UNEP, “the Minister of State for Petroleum Resources has now tied the expected commencement of the clean-up and remediation process to the resumption of oil and gas activities in our land by his preferred company.

“The engagement process should be thorough, broad-based and transparent, ensuring that the free, prior and informed consent of the critical stakeholders in Ogoni is sought and obtained (without being coerced) before the resumption of oil production activities.

“In line with global best practices, we urge that the process of selecting a company or companies for the clean-up should be by public tender in order to ensure transparency and the engagement of the most competent and suitable company for the job.”