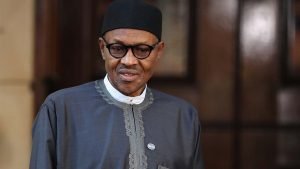 18 September 2018, Sweetcrude, Port Harcourt — A civil society group known as Social Action, has described the refusal of President Muhammadu Buhari, to assent to the Petroleum Industry Governance Bill, PIGB, as a right step in the right direction.

To this end, the group has called on the National Assembly to do what is right and what is needful by bringing back and passing the comprehensive, Petroleum Industry Bill, PIB, in the interest of equity, justice, and the environment.

Speaking, Head, National Advocacy Centre of Social Action, Ms. Vivian Bellonwu-Okafor, said any bill for the petroleum industry must recognize the environment, lives, and rights of the host communities as fundamental and therefore legislate on it firstly, before commercial entities and interests.

She explained that civil society organizations including Social Action had before now raised alarm on the gaping holes and major shortcomings in the PIGB and the potential danger it held for the environment, livelihoods of oil-bearing communities, residents as well as the industry itself.

According to her, “Presently, the entire atmosphere of Rivers State in the Niger Delta is enveloped in a deadly soot, masking every object or item in that place and stealthily decimating the lives of the millions of people living there and inhaling the pollution of which experts have attributed to combustion of fossil fuel.

“It is therefore appalling that the National Assembly, against all well-meaning pleas to bring back the comprehensive PIB, and jettison the piece-meal (PIGB) which did not even make any pretense to care about or recognize the lives and rights of host communities or the environment and at best simply authored confusion and double-standards in establishing petroleum regulatory institutions for the Industry; went ahead and passed it.

Bellonwu-Okafor pointed out that Social Action has therefore lauded the President for his foresight in taking steps to forestall what would have been a major setback to both the people and the environment of the oil-bearing region.