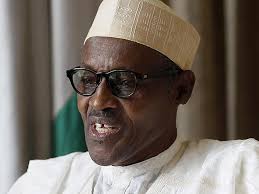 “No doubt, this is a project that will reduce unemployment to barest minimum, if not totally eradicate unemployment in this part of the country. This is the time for this project to continue as it will help to reduce the effects of the current economic hardship Nigerians are going through,” Bigha said.

According to him: “The beauty of this project is that it is private- sector driven, as the government of Nigeria will not spend any kobo in the project, but will only provide the enabling environment for the private investors, which the two ethnic groups have promised before the inauguration of the present administration.”

Bigha stated: “The resumption of work will also address the issue of the Niger Delta resurgence as most of the youths, including those that had skilled training from the Presidential Amnesty Programme will be engaged in the project. By then, no one will be left to make trouble in the region. It will also address the incessant quarreling between the Ijaw and the Itsekiri, as sometimes, idleness is the cause of such quarreling.”

“To this end, it is our sincere and humble advice to Mr. President to urgently order the necessary bodies to activate the project to address the issue of economic recession and unemployment in our country,” he added.