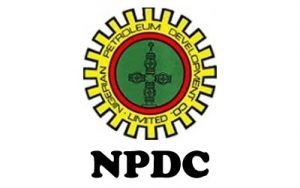 26 October 2018, Sweetcrude, Port Harcourt — The Ken Saro Wiwa Associates has warned the Nigerian Petroleum Development Company Limited, NPDC, against take over or transfer of the operatorship of Oil Mining Lease, OML, 11 in Ogoniland to any firm, without the prior consent of the people of Ogoni.

National coordinator of the group, Chief Gani Topba, in a letter to the Managing Director of NPDC, said the company cannot takeover Shell’s equity in the asset without also taking over the $10 billion royalties and compensation demanded by the people of Ogoni from Shell in 1992, before the company was kicked out of Ogoniland.

The group in the letter requested NPDC to respond to its demands with exemplary commitment and in writing within 30 days of receiving  the letter, else the people of Ogoni would explore all nonviolent methods to press home their demands.

The letter read: “The NPDC cannot takeover SPDC’s asset and shove aside its liabilities of over $10 billion (representing $6 billion for royalties and $4 billion as compensation for environmental damages) demanded by the people of Ogoni in December 1992.

“The NPDC should prove beyond reasonable doubt before a team of Ogoni professionals that its technologies and methods of exploration and production are beyond SPDC’s expertise, standards and procedures to avert a repeat of the environmental devastation occasioned by the reckless operations of SPDC.

“The NPDC should subject the Transfer Fields Operating Committee’s rules and processes for the Ogoni people to scrutinize and ensure that SPDC does not hold stake or partake in the profits or assets from the ancestral lands of the Ogoni people who had pronounced it persona non grata to this day.”

Topba, in the letter, also urged NPDC to revoke and withdraw the preliminary approval granted to an indigenous oil firm, RoboMichael Nigeria Limited, and make it public.

He added that the group decided to make the letter public because of the gravity and importance of the issues and its threat to the peace and security of Ogoniland.

“The NPDC should sincerely apologise to the Ogoni people for the untold hardship and threat to the peace caused by its gross negligence to foist a faceless and incompetent neophyte on the Ogoni people.

“The NPDC should put all talks regarding oil production on hold especially now that the atmosphere in Ogoni and the country at large is politically charged and rife with crises,” Topba said.

He continued: “The NPDC should make written commitments not to trespass into Ogoniland except in respect of setting agenda for talks about the talk of reconciliation in order to find a lasting and sustainable solutions to all issues surrounding the Ogoni fields, albeit openly in general congresses.

“The Ogoni people have alerted all men of goodwill and friends of Ogoni across the globe and the international community to hold NPDC accountable and responsible for any breakdown of law and order, violence and death in Ogoniland as a result of their inordinate quest for the Ogoni oil.

“On our part, the Ogoni people are alert and fully mobilized to non-violently resist every attempt to impose any kind of proxy that would cause crises and further deepen the wounds that have been inflicted upon the people by the decades of ecological war waged by the Royal Dutch Shell and its Nigerian subsidiary, SPDC, on the people and the land.”