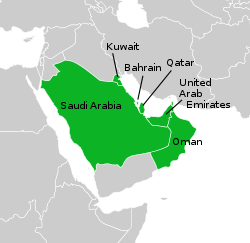 Dubai — Oil-rich Gulf Cooperation Council (GCC) countries, whose state coffers have been battered by the coronavirus crisis, are set to get some fiscal respite after OPEC and its allies last week agreed to extend most oil output cuts into April.

While lower output could weigh on the region’s overall growth this year, higher oil prices are set to curb deficits, providing some headroom for a potential boost to GCC economies recovering from the COVID-19 pandemic.

“The marked narrowing in the fiscal deficit with higher oil revenue gives further space to increase fiscal support to the economies.”

Oil prices jumped to their highest levels in more than a year last week after the OPEC+ decision. OPEC’s leader Saudi Arabia said it would extend its voluntary oil output cut of 1 million barrels per day for a third consecutive month, and that it would decide in coming months to gradually phase it out.

On Monday, Brent crude futures climbed above $70 a barrel for the first time since the COVID-19 pandemic began, following reports of attacks on Saudi Arabian facilities.

Some economists lowered their headline growth forecasts for Saudi Arabia, the Gulf’s largest economy and the world’s top oil exporter, due to the more gradual increase in oil production than previously expected.

“We had our 2021 forecast at $46 per barrel for most of 2020 given the uncertainty over oil demand and supply for most of last year. Back then we assumed OPEC discipline would break down quite quickly as demand recovered. So we had penciled in quite a large increase in Saudi output for 2021, which would push oil GDP up quite sharply, giving overall GDP of around 4%,” said James Reeve, chief economist at Samba Financial Group.

“There has not been the discipline collapse that we were anticipating… With oil production now likely to be flat, we think overall growth will be around 2.5%,” he said.

ADCB’s Malik lowered real GDP growth forecasts but revised upwards nominal GDP growth and fiscal balance expectations. Saudi Arabia is now forecast to achieve a 1% real GDP growth, down from a 2.4% estimate last month, but its deficit is likely to shrink to 3.9% from a previous 5.6% prediction, she said.

Translating higher oil prices into growth will depend ultimately on how oil receipts are re-deployed.

“Granted, a Brent north of $70 per barrel market would propel forward nominal GDP growth but real GDP growth – which is based on the volume of output – is not expected to rise. On the contrary, there are downside risks to our oil GDP estimates,” said Ehsan Khoman, head of emerging markets research, EMEA, at MUFG Bank.

“This would reverse should oil receipts be channelled into higher capex spending – which is historically not unprecedented in the region during periods of a more benign oil market.”