on: September 05, 2014In: Community Development 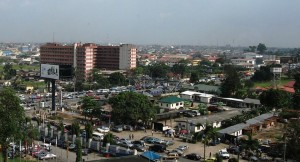 05 September 2014, PORT HARCOURT — Three doctors, a nurse and one other health worker have been kidnapped in Rivers State.

It was gathered that the health workers were taken hostage at Okolomabo community in Abua/Odua Local Government Area.

Community sources said the health workers were in the community for a free health care programme organised by the Niger Delta Development Commission, NDDC.

Efforts to speak with the spokesman of the NDDC, Mr T. Abosede, on the matter was futile. Also, a text message to him on the issue was not responded to at press time.

Meantime, resident doctors at the University of Port Harcourt Teaching Hospital have called for unconditional release of another doctor of the hospital who was kidnapped in Tai Local Government Area of the state.

Dr Sam Kinaka was taken hostage by heavily armed men. It could not be confirmed if any contact had been established with relatives of any of the health workers for ransom payment.
*Vanguard