Guyana gets $106mn from Exxon for oil from newest offshore platform 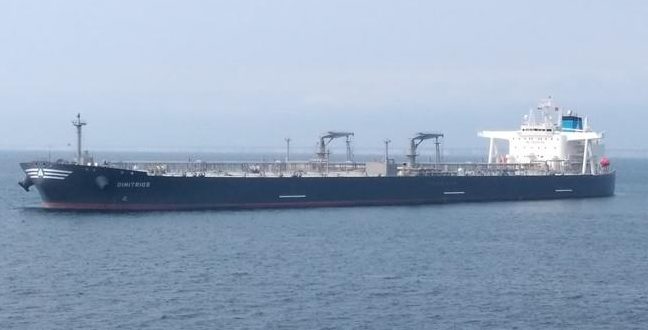 London — Guyana sold its first share of crude oil from the country’s newest offshore production facility to Exxon Mobil (XOM.N) for about $106 million, the government said.

One of South America’s poorest nations, Guyana plans to use proceeds from oil in the short term to build roads, bridges, houses, gas-fired power plants and solar energy projects. The second platform is set to reach its full 220,000 barrel per day (bpd) capacity in the third quarter.

The 1-million-barrel cargo of the new crude, called Unity Gold, was sold through a competitive bidding process that Exxon won with a bid of $106 per barrel, according to the Guyana Ministry of Natural Resources.

“The ExxonMobil affiliate bid was the best on the pricing differential for the crude and this lift will incur no marketing fee by the lifter,” the government said in its announcement late on Saturday.

Exxon did not immediately respond to a request for comment.

The oil will be shipped on the Bahamas-flagged Suezmax tanker Dimitrios, which arrived in Guyanese waters on April 18. It has not departed from the Liza Unity floating production, storage and offloading (FPSO) facility, according to Refinitiv Eikon vessel tracking data.

Exxon, which operates the prolific Liza offshore project, last month said it and partners CNOOC (0883.HK) and Hess Corp (HES.N) plan to produce up to 1.2 million bpd of oil and gas offshore Guyana by 2027.

The Unity Gold crude cargo will be fourth to be exported from the Liza Unity FPSO, which arrived in Guyanese waters in October and began output in February. The shipment is the government’s share of production.

The first FPSO, the Liza Destiny, is producing about 120,000 bpd of a medium to light sweet crude grade called Liza. The Unity Gold crude is lighter and with less sulfur content, according to an assay published by the ministry.

The government, which had a previous arrangement with a unit of Saudi Aramco for marketing its share of crude, said it will work to ensure the country receives the best price for exports both for Liza and Unity Gold crudes.