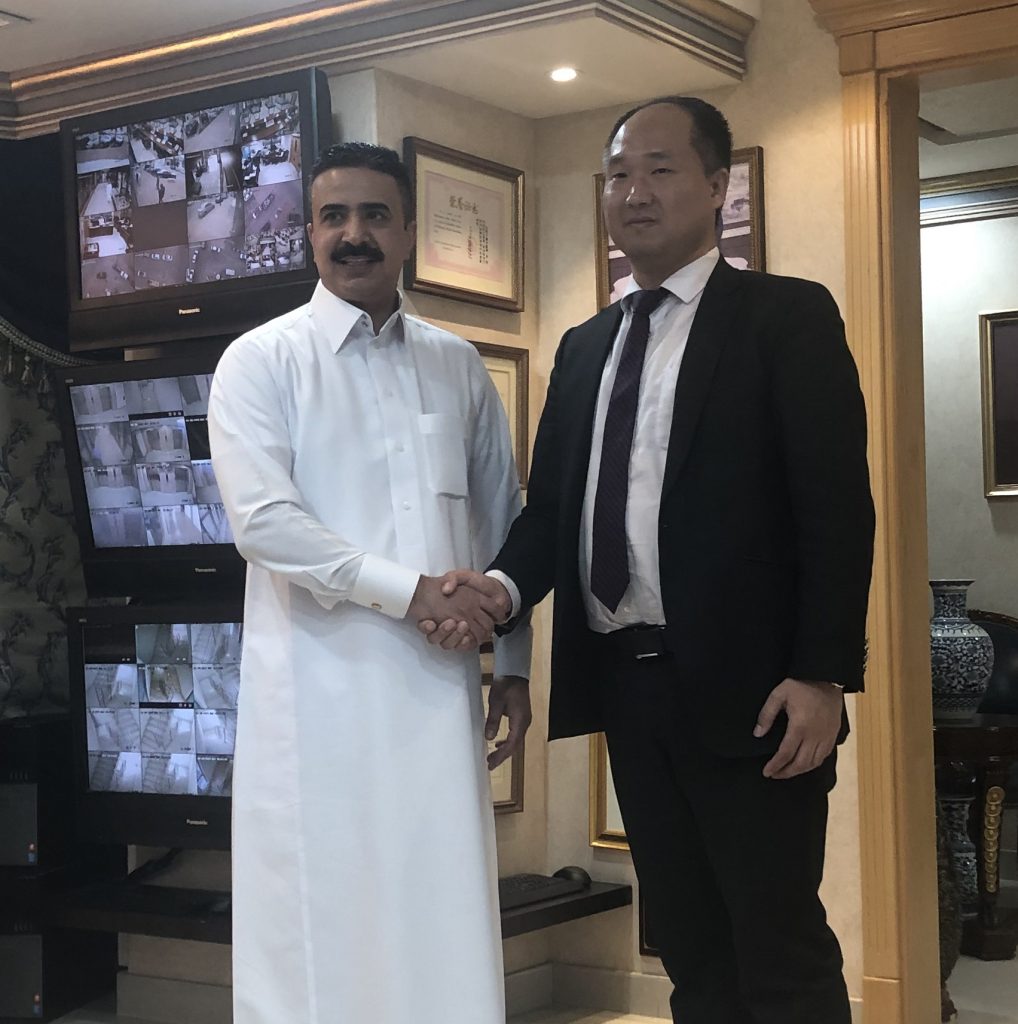 The total investment of the project will be over one billion dollars.

The agreement was signed at the launch event of Saudi Arabia National Industrial Development and Logistics Program (NIDLP), which is one of the 12 programs initiated as part of Saudi Vision 2030, focusing on transforming Saudi Arabia into an industrial powerhouse and a global leader in logistical services by fueling up the growth in four key sectors: Industry, Mining, Energy and Logistics.

“We are excited to collaborate with Hanergy. Thin-film power is a promising market, especially in Saudi Arabia. The renewable energy facilities are bound to reform the landscape of the country’s energy industry and help us achieve our goals in the 2030 vision”, said Mr. Mohamed Al Ajlan.

As the only Chinese renewable energy company invited to attend the launch event, Hanergy has anchored its roots in Saudi Arabia market with its cutting-edge technologies and innovative products, while Ajlan & Bros Holding Group Company is one of the leading international companies in the country and Arabian Gulf area, investing in multiple industries like real estate and fashion.

Commenting on the collaboration, Mr. Wei Qiang, says, “At Hanergy we’ve accorded priority to Saudi Arabia as one of the key strategic markets for our business globally. We realise the potential of renewable energy in Saudi Arabia and have set out an organized and specific road map to diversify our business in the country while supporting the advancement of renewable energy and fulfil the Kingdom’s commitments to reducing carbon dioxide emissions.”

“The collaboration with Ajlan & Bros could be a turning point for both Hanergy and solar industry of Saudi Arabia,” he added.

The collaboration is also welcomed by Mr. Khalid A. Al-Falih, Saudi Arabia’s Minister of Energy, Industry and Mineral Resources, who also attended the signing ceremony.

With this collaboration, Hanergy marks yet another breakthrough in the Middle East market. With the great market potential to be explored in Saudi Arabia and Hanergy’s accumulated technological advantages, as well as the right partner with mutual interest and rich resources, the collaboration seems well in place to firm Hanergy’s foothold in the Middle East Market and transform the landscape of solar industry of Saudi Arabia.

The Kingdom of Saudi Arabia has been endeavoring to reduce its dependence on oil and going through a major transition towards more diversified and sustainable energy resources since the beginning of this decade.

In 2011, oil was the source of over 50% electricity in the country and there was only 0.003 gigawatts of solar power capacity installed nationwide. It was then announced by the government that Saudi Arabia would develop 41 gigawatts of solar capacity by 2032. The launch of National Industrial Development and Logistics Program is to help achieve this goal.