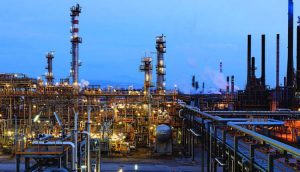 The refiner said earnings before interest, tax, depreciation and amortisation (EBITDA), adjusted for oil inventory holdings, came in at 187 million euros (167.54 million pounds) in April to June, down from 228 million euros in the same period a year earlier.

A stronger euro against the dollar, provisions for carbon emission rights and maintenance costs for two of its refineries also weighed on profits.

Hellenic has said it doesn’t plan any major maintenance shutdowns for its refineries this year.

The refiner, which exports more than half of its output, said refining sales volume dropped by 1 percent in the second quarter to 4.2 million tonnes.

Its shares trade at 7.8-times its 12-month forward earnings, compared with 17.5 times for rival Neste and 13.7 times for Saras.